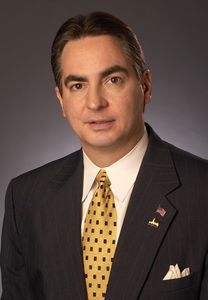 The $950 million MGM Springfield is expecting to enclose the project and make it watertight by the end of 2017.

Meanwhile it is making its targets of diversity and hiring of workers and vendors for the first quarter. MGM made a report to the Massachusetts Gaming Commission last week in which it went into detail about its recruitment and training goals and strategies to fill 3,000 positions.

MGM outlined its recruitment strategy, using advertisements in broadcast, print and social media, holding job fairs and using online applications. It has also partnered with colleges and private companies to provide education and training for its future employees.

MGM will also operate a gaming school beginning early next year in cooperation with the Massachusetts Casino Career Training Institute.

Meanwhile the mayor of Springfield, Domenic J. Sarno, has requested that the Massachusetts Gaming Commission alter the regulations to allow some ex-cons to apply for some non-gaming jobs involved with the construction of the casino resort. Joining Sarno was MGM Springfield President Michael Mathis, who said they didn’t want to violate the state-mandated restrictions against ex-criminals being employed in gaming itself.  Those restrictions are spell out in the Criminal Offender Record Information (CORI) criminal background disqualifier clause within the Gaming Act of the 2011.

About 3,000 jobs will be created by the project, of which a third are not gaming-related, said Mathis.  Mathis said it was hard to achieve broad employment opportunities “By holding the owners, key executives and individuals involved in the gaming operation to a different standard than the warehouse manager, kitchen porter and bowling alley clerk.”

Sarno, who spoke at a press conference asked for a “fair and commonsense approach in ensuring that offenders of minor crimes can turn their lives around and develop a renewed sense of self-esteem through gainful, meaningful employment.”

Mathis said that the CORI disqualifier makes it harder to provide jobs for local residents, poor and minorities—and would discourage thousands of people who might think of applying for non-gaming jobs.

Sarno added, “The irony here is that I am a law and order mayor, but where it makes sense, some flexibility should be explored, and where appropriate, allowed.”