MGM Rebuffed in Bid for Entain 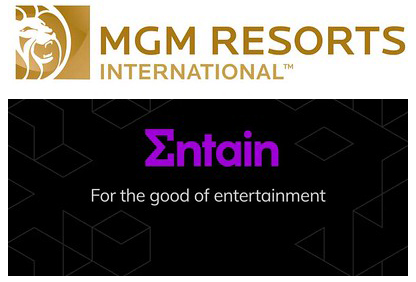 MGM Resorts International's got turned down in its bid to acquire Entain PLC. The U.K.-based company said the offer of more than $11 billion was undervalued. Entain asked MGM to rethink the proposal. Will MGM come up with a better offer?

Entain PLC said no deal to MGM Resorts International’s acquisition bid on January 4. The gaming giant offered 0.6 MGM shares for each share of Entain, which turns out to be a 22 percent premium based on the year-end price on the London Stock Exchange.

The European company said the offer of over $11 billion pales in relation to Entain’s worth. “Entain has informed MGM Resorts that it believes that the proposal significantly undervalues the company and its prospects,” according to the statement.

If approved, Entain shareholders would own about 41.5 percent of the combined business. It follows an earlier all-cash proposal worth about $10 billion that was also rejected, according to sources.

“MGM believes both its proposal and the strategic rationale for the combination are compelling and looks forward to engaging with Entain on this basis,” the company said in its statement.

But the rejection does not spell the end of this phase of their relationship. Indeed, the two firms already have a relationship. MGM and Entain, the former GVC Holdings, have a 50-50 agreement with Roar Digital, a sports betting company operating in 10 states through the BetMGM brand. The BetMGM brand produced revenue of between $150 million and $160 million in 2020 and those figures should grow in 2021.

In an interview with CDC Gaming Reports in December, Entain CEO Shay Segev said BetMGM could be in 20 states by the end of 2021.

“We are firmly on track to be the leading operator in the U.S., as well as in many other newly regulated markets that are now opening around the world,” Segev said.

The Entain acquisition would increase the MGM brand in sports and online betting, thus placing less emphasis on its brick-and-mortar properties, analyst Sanford Bernstein indicated. “The combination would create a true digital and retail betting giant.”

A January 6 report from Jeffries equity analyst James Wheatcroft offered its take on the proposed deal. “We see at least a £16.50 (US$22.25) take-out valuation for Entain, 20 percent higher than MGM’s £13.83 proposal. Entain is highly attractive: double-digit online revenue growth, proprietary tech stack, and upside from BetMGM. A rising MGM share price, meaningful cash alternative and fleshing out of the strategic rationale may encourage Entain shareholders to deal.”

Using the valuation of DraftKings as a comparison the value of each share for Entain could be as high has £19.75.

Among the factors Jeffries cited for its figures: capacity for MGM to offer cash and the involvement of Interactive Corp. (IAC); the appeal of MGM paper to non-U.S. Entain shareholders; resilient initial MGM share price reaction as investors digest the potential transformation; and understanding the potential of BetMGM if legalization of online casinos gets further traction in the U.S.

Timing works in MGM’s favor, Jeffries said. “We think that the market has not yet recognized the upside potential and momentum at BetMGM, with market share gains and an acceleration in new state openings.”

An MGM-Entain combination could create one of the few large gaming companies in the world with a significant online and bricks-and-mortar presence, according to the Wall Street Journal. Entain operates several European online gaming brands, including bwin, PartyPoker, Ladbrokes, Coral, and FoxyBingo. MGM Resorts operates more than two dozen properties in six states, including 10 on the Las Vegas Strip. MGM also has a joint venture in Macau.

IAC, which spent more than $1 billion last summer to acquire a 12 percent stake in MGM, could play a crucial role in financing the deal. IAC Chairman Barry Diller and CEO Joey Levin joined the MGM board last year. IAC would potentially fund a portion of the partial cash alternative through a further investment in MGM, the company said. New York-based IAC is an investment company with extensive experience in media and online commerce. Its portfolio includes Vimeo, Dotdash and Care.com, among others.

“We believe MGM presented a ‘once in a decade’ opportunity for IAC to own a meaningful piece of a preeminent brand in a large category with great potential to move online,” Diller said.

Nicholas Hyett, an equity analyst at Hargreaves Lansdown, said that he “can understand why MGM wants to take control” of Entain, given that the two companies are already working together on sports betting in the United States. But he cautioned that a higher price “may prove too much for MGM shareholders to swallow.”

The acquisition could also impact MGM’s interest in Japan and China, according to Inside Asian Gaming.

“The Japan opportunity has been plagued with delays, largely due to Covid-19, and we maintain concerns around the high cost of development required and the potential returns,” said Bernstein analysts Vitaly Umansky, Kelsey Zhu and Tianjiao Yu.

In July, MGM’s incoming chief executive, Bill Hornbuckle, said the company could have as much as a 45 percent stake in the Japanese project. But should the Entain deal go through, MGM might give up its role in the Japan resort, or possibly take a smaller role, according to GGR Asia.

But the analysts do not anticipate MGM’s interests in MGM China to be affected by any potential transaction with Entain. “We do not believe MGM would look to reduce its Macau exposure,” analysts said.