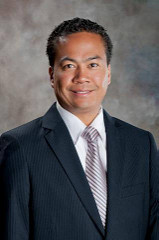 The Friday debut began with a large crowd congregating in the streets near Main Street and State Street as a parade of construction workers, casino employees, a university marching band and the Budweiser Clydesdales trooped up to the entrance.

Mathis told the Republican that the casino hotel and restaurants with the 14.5 acre footprint were “fully booked” and said he expects the average daily attendance to be around 15,000. Free parking at 3,400 spaces will accommodate them, as well as anyone in the downtown area.

Planning by local agencies for dealing with the expected traffic worked out well, according to Springfield Police spokesman Ryan Walsh. “The traffic plan worked incredibly well and we now know it can be replicated for any surge events in the future,” he said. “Friday morning’s traffic flow was smooth and when there was a Friday night blitz, MGM helped ease any potential extended congestion by re-upping their agreement with the Big E through the weekend.”

Mathis lauded the assistance of the state and city police and the Springfield Department of Public Works and added, “We are also grateful for the hard work and commitment of our dedicated employees and the ongoing enthusiasm and support of the entire Springfield community.”

The outdoor Armory Plaza featured its first performance, to a capacity crowd, by Boston band Dropkick Murphys doing a benefit concert. This was followed on Saturday by musical legend Steve Wonder. There were also concerts and appearances by the Blue Man, Darik and Fun Bags.

By Sunday the press to enter the casino had subsided somewhat, although the gaming floor was still very crowded.

The 2-million square-foot complex includes gaming, dining, a hotel, spa, cinema and retail. The casino itself has 2,550 slots, 120 table games, a high limit area and a 23-table poker room.

The hotel boasts 250 rooms and suites, including three bars and lounges and 34,000 SF of meeting space.

When you play hard, you want to eat, and the casino provides plenty of outlets for that, with dining venues circling the gaming area. The Chandler steak and chop house, named for the iconic hotel that stood at the very same location many years ago, offers fine dining and Cal Mare serves traditional Italian. There is also a pizza restaurant while the South End Market has a variety of restaurants ranging from Jack’s Lobster Shack to Asian. The Taps Sports Bar features a 10-lane bowling alley and arcade.

Union Gaming Group analyst John DeCree enthused, “Almost everything about MGM Springfield ties into the city’s history, including an Indian Motorcycle retail outlet and a plethora of Massachusetts sports memorabilia decorating the sports bar. No detail was too small for MGM Springfield, and the attention to local history is sure to be a continuous draw for local residents.”

The casino instantly became the city’s largest taxpayer, expected to pay at least $17.6 million and possibly as much as $26.2 million, according to Moody’s, which considers this a “credit positive” for the city, which, it wrote has been weighed down by its 30 percent poverty rate and “limited flexibility in raising revenue.”

The city gets its largest revenue from the state, 65 percent, followed by property tax. Its largest property taxpayer has been Western Massachusetts Electric Company, which paid $11.7 million in the just ended fiscal year. The casino will not be paying property taxes but has a payment-in-lieu-of-taxes agreement with the city, plus community impact payments based on casino revenue, which are estimated to be $479.5 million.

Moody’s added that the casino’s development has increased the city’s tax base in the surrounding area in the past five years. It has also increased overall tax revenues for the city by employing 35 percent of its workforce recruited from the city, making it one of the largest employers in Springfield.

The casino’s location in the city was a direct result of a devastating freak tornado that ripped through the South End seven years ago. The opening of the casino showcases the city’s recovery. Springfield Mayor Domenic Sarno, who lobbied extensively for the casino’s location in the city told reporters, “This has helped put us on the map,” adding, “Cities such as Springfield have gone through some tough times – the economy, things changing and people going to the suburbs and rural areas. … It’s a redefining time, a re-establishment of core urban cities, and MGM has played a pivotal role in that.”

MGM saw the regional market as somewhat underserved. MGM President Bill Hornbuckle told USA Today, “We got quickly focused on western Massachusetts. We thought there was an opportunity there. We think the market capture is substantive in terms of location and appeal, the uniqueness of the resort and offerings. They have been grossly under-leveraged for years. We can be a catalyst for the city.”

An example of this is the $15 million Hilton Hotel that will be opening near the MGM Springfield with five stories and 100 rooms. Demolition of a vacant warehouse is expected to begin by early October. The new hotel will be dubbed Home2 Suites.

Developer Louis Masaschi told the Republican “I think it’s a great project. I look forward to it being up and built. I think it’s a big bonus to the downtown area. Having MGM there makes it very attractive to me and the Hilton.”

MGM also found the city’s proximity to various transportation hubs attractive, including being 80 miles from Boston, with access to Interstate 91, the Massachusetts Pike and Bradley International Airport.

Springfield is also amidst an area that includes 32 universities and colleges, plus Six Flags New England.

Mary Kay Wydra, president of the Greater Springfield Convention and Visitors Bureau told USA Today “Springfield is the urban center, but this is going to impact all of Western Massachusetts as a destination. We’re a compact area. We sell a region. We don’t sell a city. MGM is going to be a lure and has a brand and marketing budget that is really going to help all of Western Massachusetts.”

MGM has worked to incorporate the city’s history as the birthplace of basketball and of the first American-English dictionary into the casino’s décor, but also to help promote the area’s attractions. It incorporated historical buildings, such as the National Guard Armory and First Congressional Church, into its design.

MGM is paying for a free shuttle service called “The Loop” that showcases museums and attractions in the downtown.

The developer has teamed up with Springfield Museums, a consortium of five museums, to display some of those museum’s exhibits in the casino itself. Including a 1925 Edison Western Union Stock Ticker, a 1915 Telegraphone, made in the city, and an 1895 Edison Home Phonograph.

Greg Procino, vice president of the Basketball Hall of Fame, commented, “It appears that they paid a tremendous amount of attention to the historic significance of our area. There is a sense of pride in the city that Springfield is taking a big step forward.”

MGM’s host agreement prevents it from opening its own standalone performance center to compete with existing venues, and also to partner with those venues, such as the 8,000-seat Mass Mutual and 2,500-seat Symphony Hall.

Sarah Moore, vice president of brand activation and retail for MGM, told USA Today “We purposely sought out not to build everything on property. People don’t understand the profound history of this city. So much has happened here. It was once a thriving economy. The infrastructure was there. The bones are there, and we’re bringing it back to life.”

John DeCree, gaming analyst for Nevada-based Union Gaming, things MGM’s approach may be a game changer for the industry. “We spent several days in Springfield ahead of the opening, touring the new facility and getting a sense for local expectations,” he said in an August report to investors.

The city has spent $3.7 billion to recover from the tornado. The casino has been one of the prime drivers of that recovery.

The opening of the MGM Springfield signals what will eventually be an entirely changed gaming landscape for New England.

The previous weekend Tiverton Casino opened in Rhode Island, signaling that that state wouldn’t voluntarily surrender its patrons to the Bay State. Besides the impending opening of the $2.5 billion Encore Boston Harbor next spring with 671 hotel rooms and 13 restaurants, New York’s Resorts World Catskills and Schenectady’s Rivers Casino are building up steam.

CDC Gaming Reports quotes Jefferies gaming analyst David Katz as saying, “There is certain to be competitive pressure in this area.” Noting that Connecticut’s well-established Indian casinos, the Mohegan Sun and Foxwoods, are “well-established” with “considerable scale” as they are less than 70 miles south of the MGM Springfield.

But the MGM Springfield and Plainridge Casino, the slots parlor that was the Bay State’s first casino to open, have advantages in that MGM and Penn National Gaming have large national customer bases.

That helped Plainridge Park to establish itself quickly when it opened three years ago with 1,500 slot machines. Said Katz, “The property’s appearance and the evident high level of customer activity indicate that the property may have distinguished itself in a defensible manner in the face of new competition.”

Plainridge General Manager Lance George, facing competition from the Tiverton casino, told the North Attleboro Sun Chronicle, “We look forward to further developing our marketing program and competing to the best of our abilities.”

Like a Sword of Damocles, the impending investigation on former Wynn casino mogul Steve Wynn is expected to be delivered to the Massachusetts Gaming Commission by the end of this month.

The MGC will then face the decision of whether to continue to allow the supposedly new and improved Wynn Resorts Ltd. corporate management to keep its license, finish building the Encore Boston Harbor, and open it next spring.

The investigation explores the former CEO Wynn’s alleged sexual indiscretions and rape accusations, but, more to the point, how the corporate structure reacted to it when executives found out about it—and whether they tried to keep that information away from the MGC when it was deciding whether to grant Wynn the Boston metro license in 2014.

MGC Chairman Stephen Crosby announced last week that the investigators are nearing the end of their work. When they do, the panel will review their results and decide what to do.

One thing they might do is call officials of the company to appear at a hearing.

The $2.5 billion Encore Boston Harbor is scheduled to open next June. The commission could suspend its license, or levy fines. It will decide whether the company is “suitable” to operate in the Bay State.

Wynn Resorts recently concluded its own internal investigation and handed the results over to the MGC.

A January report by the Wall Street Journal that unveiled years of alleged sexual misconduct against Wynn quickly led to his fall, including his surrender of all corporate offices and the sale of all shares of the company that bears his name. Through it all, Wynn has stoutly maintained his innocence of any wrongdoing.

In its efforts to expunge the former CEO’s taint from the current project, Wynn renamed the casino from the Wynn Boston Harbor to the Encore Boston Harbor.

Massachusetts’s gaming regulators aren’t the only ones investigating Wynn. So is the Nevada State Gaming Control Board. Its investigation is also nearing completion, a spokesman told the Las Vegas Review-Journal last week.

During this nail-biting time for Wynn, the company is reportedly considering selling the 3 million-square foot Everett casino, which overlooks the Mystic River and the Boston skyline.

The report comes from Focus Gaming News, which says that Wynn CEO Matt Maddox has had informal talks with a possible buyer. The company talked to potential buyers, such as Caesars Entertainment and MGM Resorts in the spring, but nothing came of it.

He said the commission would probably allow Wynn to respond to the reports before adjourning to decide the company’s fate in the Bay State.