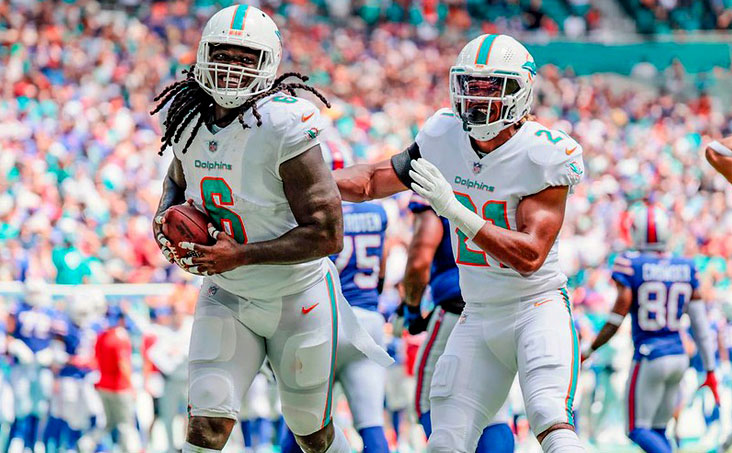 The undefeated Miami Dolphins head into Cincinnati Thursday night for a prime-time matchup with the defending AFC champion Bengals.

This week should provide one of the more exciting Thursday Night Football games of the season. The Miami Dolphins are one of two remaining undefeated teams in the NFL and if they want to stay that way, they’ll have to steal a win from the defending AFC champion Cincinnati Bengals in their stadium. This should be a tightly contested matchup, so here are some things to look for when it comes to determining how this game will be won.

Battle of the young QBs

Dolphins’ quarterback Tua Tagovailoa could be very well on his way to enjoying a breakout year. Through three games he is second in the NFL with 925 passing yards and he’s tied for third in the league with eight passing touchdowns

Cincinnati’s Joe Burrow is tenth (812) and tied for eighth (6), respectively, in those categories and is coming off his very own breakout year. Burrow should enjoy the slight advantage of being at home and having the crowd on his side.

Tagovailoa, however, has been a clearly superior QB this season while Burrow has endured some struggles. Burrow had his best game of the young season last week and I expect him to build on that with another strong showing here, but Tua is rolling at the moment and that should continue on prime time. He’s got the slight edge in QB vs. QB here. 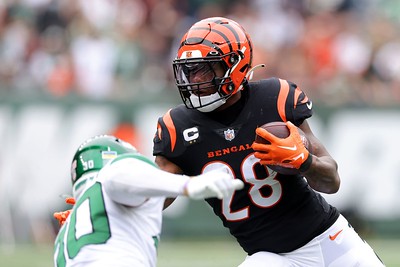 Bengals running back Joe Mixon is one of the game’s best. That’s no secret. He got off to a good start to the season, with 145 and then 83 all-purpose yards in his first two games. He then struggled last week against the New York Jets, tallying just 24 yards on the ground and 14 through the air.

Miami has allowed 116 rushing yards per game so far this season, good for 20th in the NFL. This should be an exploitable group for Mixon, who will look to get in the end zone for his first touchdown of the season. I’m expecting a big day for Mixon here, to the tune of about 100 all-purpose yards and a TD.

These are two of the most dynamic receiving groups in the NFL and it should be thrilling to watch them go head to head under the Thursday night lights. Joe Burrow’s trio of Ja’Marr Chase, Tee Higgins, and Tyler Boyd have been nearly unstoppable since Chase joined the mix as a rookie a year ago.

Miami’s new dynamic duo of Jaylen Waddle and Tyreek Hill account for the league’s second and third-most receiving yards so far this season.

These star receivers have helped their teams to the fourth (Miami- 874) and 14th (Cincinnati- 725) most passing yards in the NFL so far this season. They will be up against the 14th (Cincinnati- 674) and 31st (Miami- 893) ranked pass defenses, so both should be able to operate at a high level. Both groups should be productive, but the slight edge stays with Miami and the ‘hot hand.’

Battle in the Trenches

The Bengals’ offensive line has been confusing this season. They have continued to do a poor job of protecting Joe Burrow, as he has been sacked 15 times this season, tied for most in the league. They have been decent in the run game, however, paving the way for 97 rushing yards a game.

The Dolphins’ defensive line has sacked the opposing QB six times this season, which ranks in the bottom half of the league. They’ve also allowed the 13th-most rushing yards per game at 116. The edge here seems to go to the Cincinnati O-line.

The Dolphins’ O-line is similarly confusing but in the opposite way. They’ve been solid in pass protecting, only allowing six sacks so far. But the run blocking has been atrocious and the Dolphins have gained the second-least yards per game on the ground at just 64.

The Bengals have also gotten to the QB six times so far this season, like the Dolphins. But their run defense has been good for eighth-best in the league, as they’ve allowed just 86 yards per game. So the Bengals shouldn’t be sacking Tua Tagovailoa much, but don’t expect the Dolphins to get any sort of run game going during this one. The advantage again goes to Cincinnati here.

Despite the Dolphins’ 3-0 record looking much prettier than the Bengals’ 1-2, the matchups here favor Cincinnati. Not only are the Bengals home, but they have been underachieving and due for a breakout game while Miami has been slightly overachieving. The game seems to be much more important for the Bengals and as a result I expect them to cover the 4.5.

Total Confidence in Over

Cincinnati’s offense should enjoy some nice matchups this week, while Miami’s offense has been one of the hottest in the league to start the season. Both teams are stronger in the air than on the ground, which should lead to more plays and more scoring. This could easily turn into a very high scoring game, so 47 should be a safe bet.