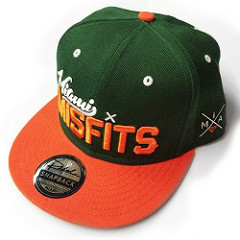 The Miami Heat NBA team recently announced it has acquired a stake in the eSports organization Misfits, owners of teams in League of Legends, Hearthstone, Overwatch, Heroes of the Storm and Super Smash Bros. The Heat will assist with Misfits’ marketing, branding, promotion, retail, digital and sponsorship activation responsibilities.

Heat Chief Executive Officer Nick Arison said, “The Miami Heat pride ourselves on being innovative in all aspects of sports and business. For us, it made perfect sense to partner with Misfits, a young and ambitious franchise in a sport that is blazing a trail in terms of 21st century recreational competition amongst millennials.”

Formed by Miami native Ben Spoont in June 2016, Misfits will compete in the 2017 Spring EU LCS.

Other eSports teams that have partnered with traditional sports organizations include Dignitas and Apex, acquired by the Philadelphia 76ers in September 2016, and FlyQuest, formerly Cloud9 Challenger, also acquired last year by the Milwaukee Bucks.