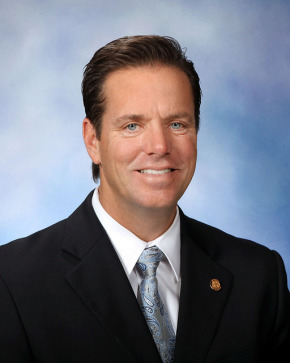 Michigan could line up with New Jersey in challenging a federal ban on sports betting under a new bill introduced into its legislature by Rep. Robert Kosowski (l.). The bill would legalize sports betting, but is in its preliminary stages. Its sponsor says the state should be ready to fight the government since illegal gambling is taking place in the state. Pennsylvania may also soon see a sports betting bill introduced.

New Jersey could be picking up some allies in its fight to allow sports betting with Michigan one of the latest states to introduce a sports betting bill.

The bill’s sponsor, Michigan Rep. Robert Kosowski, says the state should be ready to fight for sports betting.

“I understand the federal law prohibits sports gambling but I am the kind of guy that’s willing to take on the government,” Kosowski told LegalSportsReport.

New Jersey has appealed a case challenging the federal Professional and Amateur Sports Protection Act of 1992 to bring sports betting to its casinos and racetracks. That case is still being reviewed for a possible hearing by the court.

Kosowski’s bill in the Michigan House of Representatives would allow sports betting at the state’s casinos. Kosowski first introduced a sports betting bill in 2015, but the bill did not gain traction. He called his new bill a “work in progress.”

Kosowski said legalized sports betting could provide revenue for the state and regulate betting that is already taking place illegally.

“I just don’t want to keep going after our residents all the time when there are viable solutions out there,” Kosowski told Legal Sports Report. “This is a billion-dollar industry, just Michigan alone, by some of the small studies we have seen.

“All we’re doing right now is keeping illegal bookmaking happening in our state when we could regulate it,” Kosowski said. “We could help people if they have problems when they gamble. They’re going to do it anyway, why not have people watching over it? I actually think the federal government will change something in the near future. I bang the drum of saying ‘Why is it legal to do in Vegas, why could Oregon have parlay cards? What made them so special?’ It should be equal everywhere. Are we going to do it next month? No but maybe next year.”

Meanwhile, Pennsylvania State Rep. Robert Matzie announced that he plans to introduce a sports betting bill in his state to allow sports betting at casinos. But Matzie’s legislation would only ensure that the state would be “ready to act” should New Jersey win its appeal before the Supreme Court.

In that court fight, New Jersey gained some hope when the Court did not dismiss its appeal earlier this month, but rather asked for input from the U.S. Solicitor’s Office. However, it could be months before a final decision on whether the case will heard is made.

In the meantime, the Asbury Park Press reported that state has spent nearly $7 million on the sports betting fight in legal fees.