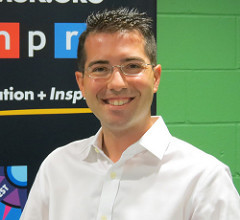 Michigan residents will not be able to place bets on sporting events in the near future since lawmakers left for summer recess without a sports betting law. The House had voted 68-40 for a bill allowing online gambling and sports betting. The Senate is expected to take up the Lawful Internet Gaming Act when it reconvenes in September. It’s similar to the House bills, allowing internet gaming, including sports betting. If the legislation becomes law, it would take effect in 90 days. The American Gaming Association estimated legalized sports betting could generate up to $23 million in tax revenue for Michigan.

Currently Detroit’s three casinos pay a 19 percent gaming tax. The state’s tribes, which operate 23 casinos, would have to revise their gaming compacts before offering online gambling and sports betting. The tribes remain concerned about a provision in the House bill that would allow the state’s exiting licensed casinos to continue to operate online games even if the federal government rules that Indian casinos must restrict all gambling activities to tribal lands. Still, state Rep. Brandt Iden, the bill’s sponsor said the tribes “got 90 percent of what they wanted” under the proposed legislation.

Iden noted, “We all know that sports betting is coming and this sets the framework for the gaming commission, but realistically, I don’t think they’ll do that that until we have laws for the brick-and-mortar casinos in place.” He added, “The way people game is moving more and more to the online platform. Everything we do today is moving to an online platform, and that’s exactly what this does. It takes the same games that you can play inside the casino and now puts them online and regulates it from a standpoint of you can now do it legally.”

Iden said Michigan lawmakers plan to spend the summer recess working with the tribes and other stakeholders to write additional legislation regarding online gambling and sports betting at brick-and-mortar locations.

Both the House and Senate bills do not include the integrity fee promoted by major sports league. Iden called the fee a “non-starter,” but said and his colleagues were open to continuing talks with the professional leagues.