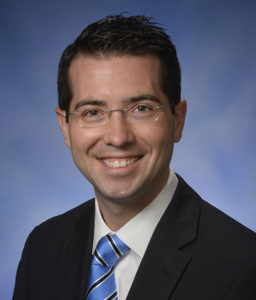 The Michigan House recently voted 68-40 to approve House Bill 4926, the Lawful Internet Gaming Act, which would allow casinos to offer internet gaming, including poker and sports betting. Since the legislative session has ended, the bill likely will not be taken up by Senate until fall, said lead sponsor, state Rep. Brandt Iden.

The measure would allow people to register to gamble online through the state’s three commercial casinos or through an Indian casino if tribes amend their compacts to allow online gambling. Casinos would pay $800,000 for an application fee and a 5-year license fee. Participation would be limited to players age 21 or older. Online revenue would be taxed at 8 percent and be divided among schools, transportation, the city of Detroit and the Internet Gaming Fund, which would administer online gambling.

Iden said the bill “will allow internet gaming as it relates to all of the currently allowed games in a brick-and-mortar casino. That’d be poker, roulette, black jack, craps.”

Iden added, “The way people game is moving more and more to the online platform. Everything we do today is moving to an online platform, and that’s exactly what this does. It takes the same games that you can play inside the casino and now puts them online and regulates it from a standpoint of you can now do it legally.”

The state’s 23 tribal casinos would be allowed to offer online gambling if their compacts are created or amended. “I believe that the tribal casinos ended up with 90-plus percent of what they wanted in this,” Iden said. He said the tribes still are concerned with a provision that would let the three Detroit casinos continue to offer online wagering if the federal government later states that tribal casinos cannot offer off-reservation gambling. “We’re going to continue to work through that, but they were very helpful in getting the bill where it is today,” Iden said.

Last year the American Gaming Association estimated sports betting would generate $23 million in tax revenue for Michigan. Iden noted as a first step the Michigan Gaming Control Board would need to legalize sports betting statewide. “The gaming commission is looking for the legislature to take the initial step and we have to set up the tax rate for sports betting,” Iden said.

Gaming Board spokeswoman Mary Kay Bean said the agency is reviewing the legislation. “If the bill becomes law, the MGCB is prepared to regulate sports betting in Michigan. The MGCB has not received a request from a casino wishing to offer sports betting. If and when a request is received, the agency will determine whether the activity requested is permitted under state law,” she said.

“When we come back in the fall this is going to be at the top of the agenda. Michigan should be at the forefront of that,” Iden said.