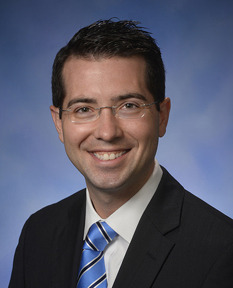 The Michigan House Regulatory Reform Committee recently held a hearing for HB 4296, sponsored by state Rep. Brandt Iden. The bill would legalize online gambling. Iden, chairman of the committee, and other speakers at the hearing described the bill as a consumer protection measure first and a revenue generator second.

Iden said, “Market forces have changed. The economy has changed and the way people seek entertainment has changed and the way gaming is done in our state will change. If I were a betting man, and I am, iGaming will become law at some stage in the state of Michigan. I believe it is incumbent upon this committee and this legislature to be proactive and to protect our citizens. And it will happen. So the ‘when’ is up to all of you.”

No vote was taken on the bill. A Senate committee passed a version of the measure this spring.

Officials from Michigan’s three casinos—MGM Grand Detroit, Greektown Casino and MotorCity Casino—did not appear at the hearing but all are opposed to Iden’s bill. MGM has said it would “support the concept” of online gambling as outlined in the bill.

Also absent were officials from the 12 tribes that operate 23 gambling facilities in Michigan. However, the Nottawaseppi Huron Band of Potawatomi said it opposed the bill as written but was willing to offer “constructive feedback.”

Former state Attorney General Mike Cox told the committee, “These bills are the product of collaboration, primarily with the three states that are doing it well right now, Delaware, Nevada and New Jersey. Thankfully for us, in the state of Michigan, they’ve worked out a lot of the kinks. These bills are a result of talking with their regulators and using those things that work well, incorporating them for the benefit of Michigan citizens and complementary with Michigan law.” Cox added he believed the bill was valid under the state constitution.

Dave Murley, deputy director of the Michigan Gaming Control Board said his agency was neutral on the bill. But he raised several concerns, including the constitutionality of the bill, existing state statutes and tribal issues. “A lot of these questions are new, and so we don’t know where courts will come down on them,” Murley noted.