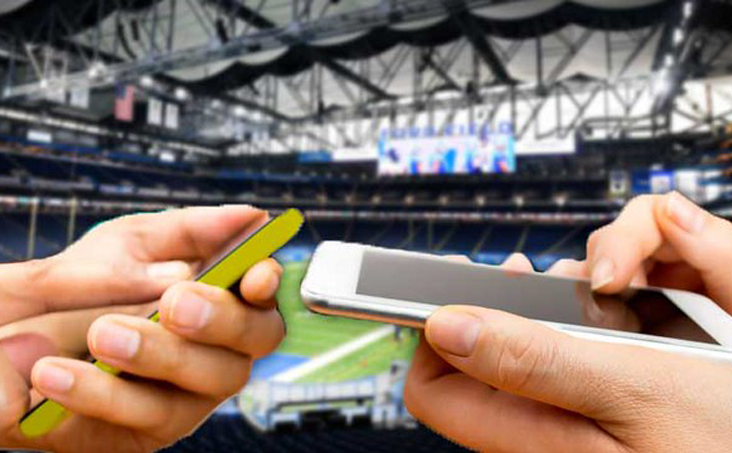 Michigan mobile sportsbooks kicked off in January, and industry pundits say it’ll be one of the largest sports betting markets in the U.S. Here’s how to get in the game, and who’s playing.

Michigan lawmakers OK’d iGaming and mobile sports betting at the end of 2019. But it took more than a year for bettors to place their first wagers. The market finally launched on January 22, opening up a world of fun for sports-mad Michiganders. Industry pundits say this could be one of the largest markets for legal sportsbooks in the United States. As many as 10 operators have set up shop in the nation’s 10th most populous state.

With March Madness underwaym plus the start of the MLB regular season, Michigan mobile sportsbooks are taking off.

This state’s launch generated more interest than any other in the past year. Data indicate that Michigan and Virginia, which kicked off iGaming at the same time, accounted for 7.5 million online bets across 400,000 accounts during their launches. And most of those transactions took place in the Wolverine State.

Among the operators storming the state are a few of our favorites:

• GoldenNuggetCasino.com: Sign up to play at Golden Nugget, and your first deposit will be instantly matched, dollar-for-dollar, up to $1,000. Opt in as a new sports bettor, and you’re also eligible for a free bet of up to $250. Rewards aside, this Michigan mobile sportsbook offers an easily navigable site, a peerless user experience, a wide variety of events, and lots of new offers to keep you interested.

• BetRivers.com: The BetRivers brand comes from Rush Street Interactive Inc., an experienced player in the Northeast. The BetRivers app is a snap to enter and use, and serves up an impressive array of prop bets and odds-boosted events, many with limits up to $100, higher than some of its rivals in the state. Sign up as a new player at this Michigan mobile sportbook, and the market-leading oddsmaker will match your first deposit up to $250.

• WilliamHill.com: The U.K.-based sportsbook has become a familiar and trusted brand in the U.S. and around the world, and brings decades of sports betting savvy to the Wolverine State. And talk about a nice welcome: to mark its debut year in Mitten, William Hill offers a risk-free first bet of up to $2,021. Look to William Hill for a wide selection of esoteric bets and tons of Euro sports as well as all the stateside favorites.

• PointsBet.com: This Australia-bred company is now America’s fastest-growing sportsbook, as well as a player favorite. The company boasts a sports betting app 2x faster than its competitors, and two risk-free bets up to $2,000 when you join. What really sets it apart is its PointsBetting approach, which differs from the point-spread or totals bets at other books. Simply put, you choose your winning team, but it’s the points between the line and the margin of victory that determine your outcome. This Michigan mobile sportsbook also has a player-centric philosophy served with a dose of Aussie humor.

• BetMGM.com: A joint venture of MGM Resorts International and GVC Holdings, this veteran player is already a Michigan native: not only is it part of the family that operates the MGM Grand Detroit casino, but BetMGM is also the official sports betting partner of the Detroit Lions. Needless to say, this renowned brand brings a wealth of experience to the Michigan mobile sportsbook scene. It has an easy-to-use app and tons of player-friendly odds boosts. Join BetMGM now for $25 on the house, plus a first deposit match worth up to $1,000.

And Now for the Michigan Sports Scene 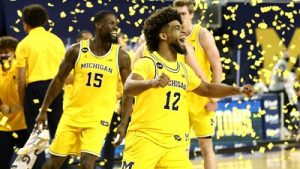 Right now for Michigan sports fans, all eyes are on one college squad. The University of Michigan Wolverines were among the four No. 1 seeds to reach the NCAA Sweet 16 when the team defeated LSU, 86-78 on Monday.

The Wolverines were ranked No. 25 in the AP Top 25 NCAA Basketball preseason poll. They climbed all the way to No. 2 before settling at No. 4 at the start of the NCAA Tournament. The team was the third pick of oddsmakers to win March Madness at +550.

The Wolverines are coached by Juwan Howard, who was part of Michigan’s Fab 5, a quintet of freshman that brought fame to the program, but fell short of winning an NCAA Championship.

Howard returned to his alma mater in 2019 to take over the program and became the first person to enter the NCAA Tournament as a No. 1 seed both as a player and a coach. Becoming a head coach after working as a NBA assistant for many years has been a goal for Howard. Now he wants to win the title he couldn’t get when he played in 1991-93. His team members believe they have the ability to do just that.

“I’d be lying if not every single player in that locker room fully believes we’re the best team in the country and that we will win the national championship,” freshman Hunter Dickson said. “The confidence starts with Coach Howard.”

Red Wings Looking to Next Year

For sports fans in Michigan, the Wolverines are about the only highlight. The state’s NHL team, alas, sports the third lowest points total in the league.

The Detroit Red Wings weren’t expected to do much this year. They missed the playoffs last season, and haven’t been to the postseason since 2016. It’s a hard pill for fans of Hockeytown to swallow, especially since they have won 11 Stanley Cups, the most of any team.

Still the halfway mark of the season was last Monday, and Detroit can count on watching the playoffs again this year.

The Detroit Pistons were -950 to not make the playoffs, while +550 to get in, and through the first half of the season the team was closer to the cellar than they were playing after the regular season.

Management made the decision that the team wasn’t going to make the playoffs and decided to start a fire sale. It began with them trading Andre Drummond to the Cleveland Cavaliers for Brandon Knight. Then they made the decision to give power forward Blake Griffin his release the first week of March; he went to the Brooklyn Nets. Though they didn’t get anything in return, they did save $13.3 million in salary cap space.

With the departure of those two stars, and the Pistons firmly in last place in the Eastern Conference, it appears the team is angling toward getting the first pick in the 2021 NBA Draft.

The Pistons have helped bettors a bit during the season. They’re currently 20-18-3 against the spread.

The Detroit Tigers have been in last place in the American Central three of the last four years, and haven’t made the playoffs since 2014, but there is reason to be a little optimistic.

The club will rely on two pitching prospects (Casey Mize and Tarik Skubal), as well as a couple of position players in infielder Isaac Paredes and outfielder Daz Cameron.

They also have a new manager in A.J. Hinch, who was hired to replace Ron Gardenhire. Hinch won a World Series with the Houston Astros in 2017, and has been lauded by many as a skipper that can lead the team to the next level.

Oddsmakers, however, aren’t as optimistic. They give the Tigers the worst odds to win the AL Central. They’re at 66/1, and 100/1 to win the World Series. 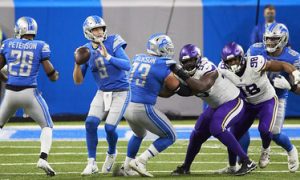 It was the worst secret in the NFL, but it was confirmed the Detroit Lions were beginning a rebuild when they traded away quarterback Matthew Stafford to the Los Angeles Rams for Jared Goff. The team also let star wide receiver Kenny Golladay leave as a free agent.

The Lions let other players go, including two offensive lineman. Not only does Goff not have any notable weapons, he is going to have shaky protection. This could be a recipe for a long, punishing season.

Sure, a lot of Wolverine state teams are in the midst of rebuilding. But the Michigan mobile sportsbook launch has given fans something to cheer about. Americans are extremely passionate sports fans. Legalized sports betting makes rooting for your team that much more exciting.