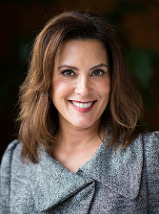 A nearly identical bill was advanced by the same committee in a 12-3 vote 18 months ago. However, former Governor Rick Snyder vetoed the bill just before he left office. Both last year’s and this year’s bill would tax gambling revenue at 8 percent, plus another 1.25 percent from Detroit casinos. Committee members rejected a proposed amendment that would have raised the tax rate to 16 percent.

The next stop for the bill will be the House Ways & Means Committee, where Iden is the chairman.