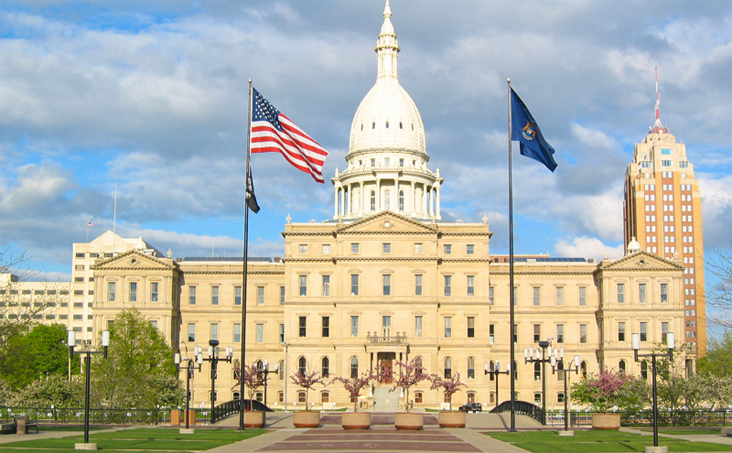 In a bipartisan and rapid manner, the Michigan legislature last week approved online gaming for all gaming operations in the state, commercial and tribal. The bill now heads to the desk of Governor Rick Snyder (l.) who hasn’t given any indication of whether he will sign it or not.

The final legislative day of the year in Michigan was the crucial one for an online gaming bill that has hung around for months, even years. Both houses of the state legislature approved a bill that would legalize online gaming in the state and also opens the door to online sports betting. The bill now sits on the desk of Governor Rick Snyder.

Rep. Brent Iden’s bill was finally acted upon with only hours to go in the session. A parallel effort in the state Senate, sponsored by Senator Mike Kowell, was first to be approved by a 33-5 vote. In the wee hours of the morning, the House approved Iden’s bill by a 71-35 margin.

While the bill doesn’t legalize sports betting, it does open the door for it, saying, “The division may permit internet gaming operators licensed by the division to accept internet wagers under this act on any amateur or professional sporting event or contest.”

Snyder’s intentions on the bill are unknown, with pressure being brought from both sides of the bill. Should he sign it, Michigan would become the fifth state to join the online gaming club, joining Nevada, Delaware, New Jersey and Pennsylvania.