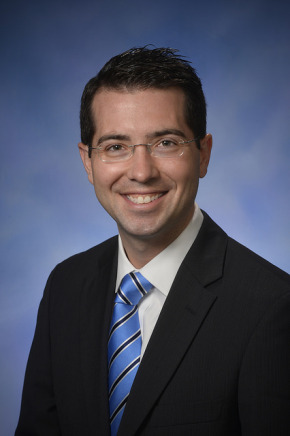 The Michigan House of Representatives’ Regulatory Reform Committee recently voted 12-3 to approve the latest version of state Rep. Brandt Iden’s HB 4926 which would allow online gambling. However, like his original bill heard by the same committee in September, the measure did not move forward, but is likely to come up for a floor vote in the House next year.

The most recent version of Iden’s bill requires online gambling servers to be located on casino property, in reference to the Michigan state constitution’s requirement that casino gambling take place “in the casino.” Another change lowers the online gambling tax rate from 15 percent to 10 percent, even though Michigan Gaming Control Board Deputy Director David Murley warned legislators in September that the state’s effective tax rate could drop to 6 percent because the state’s 12 tribal gaming compacts will have to be renegotiated.

Due to those changes, Michigan’s three commercial casino operators changed from supporting the general idea of intrastate online gambling to specifically supporting the amended HB 4296. The tribes still resist the legislation, and anti-gambling groups would demand a voter referendum for any gambling expansion.

Sports betting also remains a hot topic in Michigan, one of 15 states where legislation has been introduced to legalize it if the federal ban is overturned. State Rep. Robert Kosowski proposed a measure in January to allow sports betting. He noted people can spend thousands of dollars on lottery tickets but are not permitted to make a $20 bet on a Detroit Lions game. “Something doesn’t make sense there,” he said. Also, Kosowski noted, local residents can drive three minutes to cross the Ambassador Bridge and place a legal bet on sports at Caesars Windsor Casino, where they also may dine, drink and gamble.

An analysis indicated if sports betting had been legal last year, Michigan would have received $114 million instead of $112 million in gambling taxes, with Detroit’s share rising from $175.5 million to $179 million. Kosowski said noted revenue sharing has not been fully funded since 2000, resulting in fewer police and firefighters on the street, a decrease in street repairs and reduced recreation programs. With legalized sports betting, income taxes and gas taxes would not have to be raised. “It seems like an easy answer,” he said.

The U.S. Supreme Court is considering a federal law that prohibits sports gambling outside Nevada. The case could be decided by June 2018, and gaming experts said sports betting could come to Detroit within two years.

If the high court’s ruling supports sports betting, Michigan would be one of the first 14 states to offer it, according to the research firm Eilers & Krejcik Gaming LLC.

One complication is some Detroit casinos are owned by individuals associated with sports teams. MotorCity Casino is operated by Marian Ilitch, whose family owns the Detroit Tigers and Detroit Red Wings. Cleveland Cavaliers owner Dan Gilbert owns Greektown Casino. It’s possible the casinos would not be allowed to accept bets on teams they own.

In 2017, 12-15 million Americans bet illegally on sports with bookies and offshore sites, which earned $3 billion in revenue, according to Eilers & Krejcik Gaming Managing Director Chris Grove. He said, “The sports betting customer is likely different than the typical casino customer. It would create new customers and new revenue for casinos.” Detroit casino revenue for 2012 was $1.4 billion. Revenue dropped for two years after casinos opened in Ohio in 2012, including in nearby Toledo. Revenue rebounded over the next two years, reaching $1.3 billion in 2016, but still remains below the 2012 level.

MGM Grand spokeswoman Mary Hynes said, “Our company’s longstanding position is that sports betting should be legalized outside of Nevada in those states that choose to offer it.”