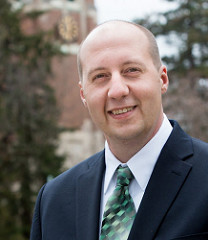 In Michigan, state senators Curtis Hertel Jr. and Wayne Schmidt have sponsored bills that would define fantasy sports as a legal game of skill, not illegal gambling. The bills passed the Senate Regulatory Reform Committee 7-0 and were recommended to the Senate floor without amendment. If the bills are approved, Michigan would become the 17th state to regulate fantasy sports that offer cash prizes. The state attorney general has not labeled fantasy sports as gambling.

Hertel told the committee approximately 1.6 million Michigan residents participate in some form of daily fantasy sports for cash; the proposed legislation would prevent them from becoming law-breakers. In addition, the measures would exempt fantasy sports from gambling laws and regulate fantasy sports sites. They would ban anyone under age 18 from playing the games and prohibit contests based on youth sports, high school sports or college sports.

The bills also would require operators of the games to apply for a license to operate in the state. A license would cost $5,000 with an annual renewal fee of $1,000.

Daily fantasy sports supporters assert the games are skill-based. Marc LaVorgna, a press representative for DraftKings and FanDuel, two main DFS websites, said, “It is a difficult skill to allocate assets and choose which players have the best chance of success, similar to how a pro sports team general manager does the same thing. It’s about making decisions on a consistent basis that give you the best chance at success,” he said.

David Murley, deputy director of the Michigan Gaming Control Board, said gambling-based games must meet the criteria of prize, consideration and uncertain outcome in Michigan. Prize is the reward given out to winners. Consideration is buying into the game, such as putting a dollar into a slot machine or buying a lottery ticket.

Regarding skill, Murley said, “What if something is a game of skill? Well, if there’s an uncertain outcome and it meets the other two things, then at least it would seem to fall in the broad definition of gambling. Sometimes it’s not easy to draw the line between where the skill ends and the chance begins,” he said.

The gaming board has not taken a position on whether fantasy sports are gambling or skill based, but Murley said it’s the proper agency to handle DFS regulation, although the proposed bills name the Department of Licensing and Regulatory Affairs to conduct licensing.