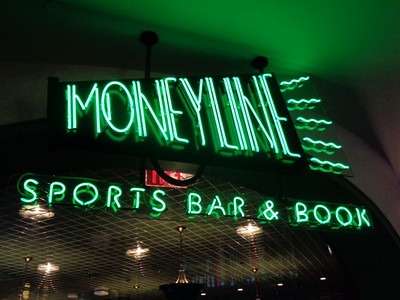 “We’re in a good spot, good bi-partisan support and I expect that to carry over with votes on the House floor,” Iden said. The bills package now will move to the House floor.

Iden said the official league data mandate was a compromise to appease Major League Baseball and the National Basketball Association. He said this had been a major topic among operators who claim mandating data gives the professional leagues a monopoly. Iden reportedly offered guidelines for the Division of Sports Betting to help determine what would be considered “commercially reasonable,” such as making data available from more than one official source.

Regarding the tax rate, Iden said the proposed tax rate for sports betting would be 8.75 percent at the state’s 23 tribal casinos and 12 percent at the three Detroit casinos, which includes the 3.25 percent tax imposed by the city. The proposed tax rates for internet gaming would be levied at a progressive rate from 4-23 percent based on revenue. Iden said the proposed rates still fall short of the 40 percent for online gaming and 15 percent for sports betting proposed by Governor Gretchen Whitmer.

Last year, Iden’s similar legislation was vetoed by former Governor Rick Snyder just before he left office. Whitmer previously said she was open to sports betting and online gaming but her administration has expressed concerns that the additional gaming options would cannibalize existing operations like casinos and the Michigan Lottery, leading to a projected $28 million loss Michigan’s public schools.

Whitmer’s spokeswoman Tiffany Brown said, “The administration has taken every meeting we’ve been invited to regarding this legislation, and we continue to work closely with the bill sponsor, tribal leadership and stakeholders to attempt to address our concerns.”

The House has only five more session days scheduled before Thanksgiving and nine in December.

Meanwhile, in anticipation of legalized sports betting, officials at MGM Grand Detroit said the property will be ready when that day comes with its new Moneyline Sports Lounge, a 280-seat sports bar with three VIP sections, cushy couches, high-top seating, full bar and 60 televisions. MGM Grand Detroit President and Chief Operating Officer Mike Neubecker said, “We live in a sports town and saw an opportunity to open a venue unlike other sports bars in Detroit that provides our guests with a unique and exciting atmosphere to watch their favorite teams. And if sports betting is legalized, we’re prepared to offer an outstanding experience.”

The lounge also features a wraparound digital marquee presenting an up-to-the-minute schedule of the day’s sports games—which some say is an indication the venue essentially is a placeholder for a sportsbook.