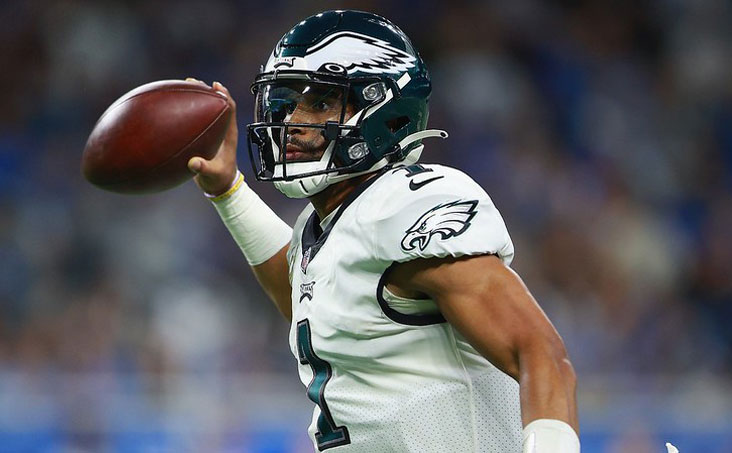 Here’s the lowdown on NFL Week 15: our picks, plays and best bets against moving lines. Get ready to place your wager.

We’ve already seen the opening line move from -2.5 to the Philadelphia Eagles -4, and was up to seven points by Wednesday. The Washington Football Team on the road shouldn’t inspire confidence in anyone, especially given how the Eagles have been playing lately. 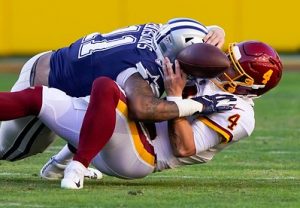 Even in Week 13, when Philadelphia was without starting QB Jalen Hurts, Gardner Minshew came in and had a great game. Minshew is clearly one of the better backup QBs in the NFL, but to come in and dominate a game like he did shows just how much this team has improved over last season.

I like their improvements, much more than Washington, which has really regressed on defense this season. The front-seven is decimated with injures, and the secondary has really taken a step backward. QB Taylor Heinicke has done an admirable job as the starter, but he picked up an injury in the Week 14 loss against the Dallas Cowboys. Kyle Allen, anyone?

No, thanks, and I think most people have jumped on that already getting it to -4. With Hurts fully rested and healthy coming off a bye week, I love the Eagles in this spot at home. This line was clearly mispriced at -2.5.

Taking the Eagles at home this Sunday? Win or lose, place a bet on any NFL team, and get a $1,001 First-Bet Match when you sign up to play at BetMGM. New players only. 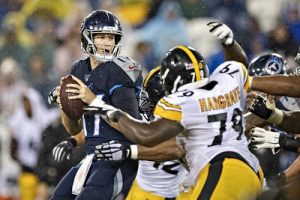 This line has moved a bit in the Pittsburgh Steelers’ favor, but not enough, if you ask me. I’ve been waiting a long time to fade the Tennessee Titans because I really don’t think they are that good, especially without Derrick Henry to make Ryan Tannehill look good. Now is the time to start the fade, when they are favorites on the road in an environment that absolutely kills it when the home team is an underdog.

One of my favorite bets to make is on Steelers Head Coach Mike Tomlin as an underdog, where he and his teams absolutely thrive. He has an incredible 66% ATS winning percentage when he is an underdog. Take him when he’s an underdog and fade him as a favorite. That has been a proven strategy for me over the years. The Steelers are especially good as an underdog at home, where they are 13-3-2 ATS and have won five consecutive games.

The line has started to move towards the Steelers, so grab the points while you can, because it wouldn’t surprise me to see Pittsburgh as the favorite by kickoff.

Watch the Game
Who: Tennessee Titans vs. Pittsburgh Steelers
Where: Heinz Field, Pittsburgh
When: Sunday, December 19 at 1 p.m. ET – CBS-TV

Steelers fans unite! Bet on the home team at the hometown sportsbook, BetRivers, and your first deposit will be matched dollar for dollar up to $250. 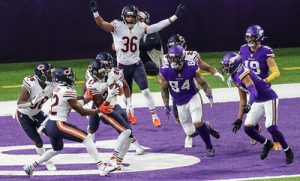 Whoa now, I’m taking my Chicago Bears as an underdog? Matt Nagy is historically terrible in these situations, and I would usually never make this bet if it was against any other team, but one thing is certain: Nagy owns the Minnesota Vikings. I have no idea how he does it, but he has been great against them in his tenure, going 5-1 in games against Mike Zimmer and his team. Not only that, but this extends beyond Nagy. The Bears have beaten Minnesota in 16 out of their last 21 contests at Soldier Field. Last year was the Vikings’ first win in Chicago since 2017, and their first win by more than a field goal in that entire 21-game stretch.

Minnesota has played almost every single one of their games this season to a one-score contest. They were crushing the Steelers last week before nearly blowing a 29-point lead and letting Pittsburgh come within one score. I have very little confidence in the Bears and Nagy as you might already guess, but I have to play the numbers and facts here.

If you’re going to give me over a field goal in this situation, I’ll take the points. I’ll also probably play the moneyline as well, because we Bears fans need something to hope for, and it’s not very often where the stats actually favor us.

Who gets fired first, Nagy or Zimmer? If the Vikings manage to lose this game, it could be curtains for Zimmer. The Bears have never fired a coach in-season, and that stubbornness doesn’t appear to be going away soon.

Watch the Game
Who: Minnesota Vikings vs. Chicago Bears
Where: Soldier Field, Chicago
When: Monday, December 20 at 8:15 p.m. ET – ESPN

Tiger’s Back at PN