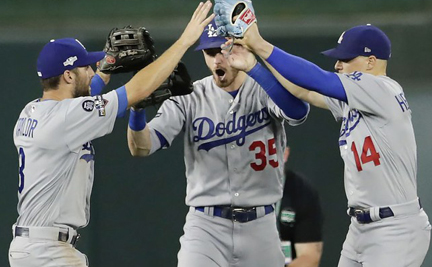 The expanded Major League Baseball post-season has kept September relevant for sports bettors. Here’s your score card, with about 15 games to go.

MLB bettors can be happy that the league expanded the playoffs to 16 teams in this abbreviated season. It brought more interest to the homestretch of the regular season.

Bettors, here’s what you need to know with about 15 games remaining for most teams.

With PointsBet.com on your team, you’ll get 2 risk-free bets up to $1,000 when you create a player account. Your first fixed-odds bet and first PointsBetting bet will be refunded as Free Bets if they lose! T&Cs apply.

The next thing to watch for these teams is who gets healthy.

Score a $100 risk-free bet when you place your first sports wager at GoldenNuggetCasino.com. If your first bet wins, you win! If you lose, you get your money comes back as a free wager.

When the playoffs begin, there will be no byes. The No. 1 seed plays number 8, the 2 seed faces 7, etc. The opening round will be a Best of 3.

After that, the Divisional Series will be a best-of-five, followed by a seven-game League Championship Series and then the Big Show, the World Series.