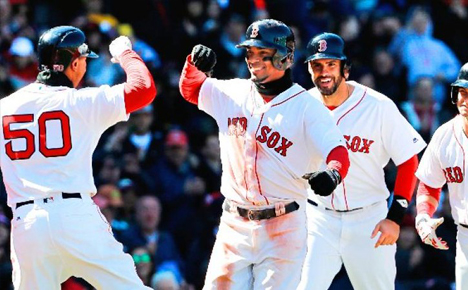 The MLB's early season has brought plenty of surprises, good and bad. Will these teams continue their early-season performance, or are they first-month frauds?

The first month of this year’s Major League Baseball season was full of surprises. We’ve seen huge home runs, web gems, and even a few bench-clearing brawls. And a couple MLB teams got off to unexpectedly strong starts that nobody saw coming. So, whose performance is sustainable, and whose is a fraud?

Let’s take a look at this surprising group, and predict if they can stay the course or drop back to preseason expectations.

The Red Sox reputation was severely affected by a recency bias after a dismal 2020. Boston made multiple great minor moves during the offseason that flew under the radar, and now features a pretty solid lineup and pitching rotation.

Specifically, JD Martinez, Xander Bogaerts and Alex Verdugo have been incredible so far, and all have the ability to stretch out this production throughout the whole MLB season. I’m buying in to this Red Sox surge, and see them as a wild-card team come October.

The Nugget’s got your back—and your next bet. Double down on your first settled sports bet at GoldenNuggetCasino.com (minimum odds -200) and your stake will be matched with a Free Bet up to $250. 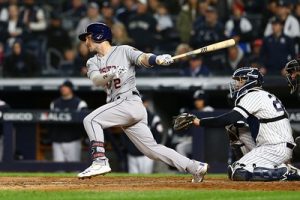 This Yankees team was projected to be one of the best in baseball, and was a consensus pick to win the AL East.

For whatever reason, the team started out 6-11 and had the worst record in baseball early on. Since then, the Bronx Bombers have rallied, winning eight of their last 11 and getting back up to .500. One or two cold streaks may be in store, but expect plenty of heat from this team between now and October. The Yanks should win the division and get a top two seed in the AL. 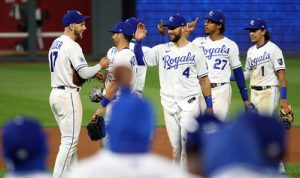 While Kansas City has been impressive so far in collecting victories, it almost seems like the Royals got lucky. The team has no superstars in its lineup, and the pitching staff has been doing a decent job.

While it’s been fun to watch the Royals in first place, their reign will likely be short-lived. The Chicago White Sox and Cleveland Indians are right on KC’s tail, and the Minnesota Twins have underperformed for what they should do this year. In a dangerous AL Central, I don’t see the Royals sticking out 162 games and finishing first. When the dust clears, this team will just miss out on the postseason.

Cash in your new-player bonus at CaesarsCasino.com! You’ll get a 100% match on your first deposit up to $1,000, to be used at Caesars Casino & Sportsbook. 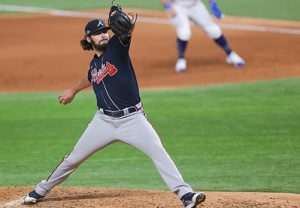 The NL East is quickly starting to resemble this year’s NFC East—as in disappointing. The Washington Nationals are in sole possession of first place with a .500 record (12-12). Atlanta, despite a wildly disappointing start to the campaign, is only two games back of first place, and should have no problem overcoming this deficit in the near future.

The only way this team doesn’t win its division this year would be strong showings from division counterparts such as the New York Mets and the Phillies, but that doesn’t seem likely at this point. Expect Atlanta to climb into the driver’s seat of this division and get comfortable there.

What are the top rivalries this MLB season? Get Epifanio’s take at iGamingPlayer. 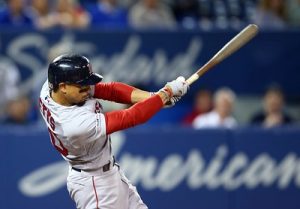 Who would have thought the San Francisco Giants would be in control of the most competitive division in baseball a month into the MLB season?

While everyone would like to see this streak continue, it won’t be long before the L.A. Dodgers and San Diego Padres jump the Giants and leave them in the dust. Both those teams are twice as talented as the Giants, and the AZ Diamondbacks might be as well. San Fran should enjoy its division lead now, because a fourth- or fifth-place finish could be in its near future.

It’s common in the first month of the MLB season to see a lot of flukes that confuse bettors heading into the meat of the season. Stick to your guns, and trust proven players and teams. And don’t be afraid to take some flyers on division winner prop bets. Lots of money to be made there! Good luck and enjoy the early-season action.

PointsBet.com gives you Single Game Parlays for all Major League Baseball games. Just pick your legs, place your bet and watch the action, all in one game!

Want the Inside Trac