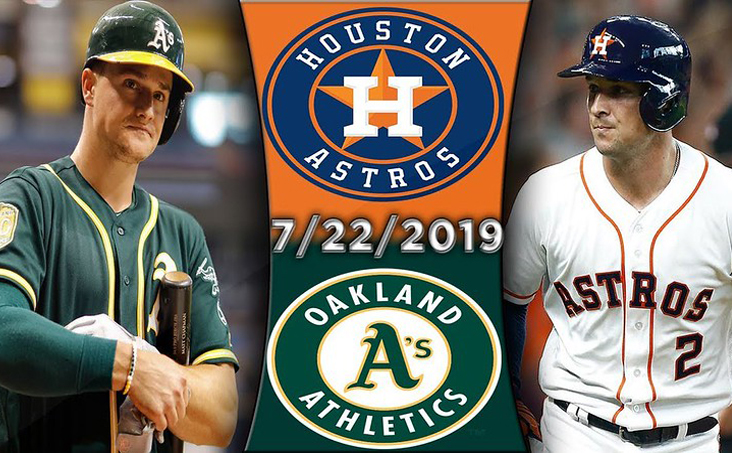 With the 2020 MLB playoffs on to the second round, which teams are positioned to advance, and which ones will be sent packing?

We’ve officially trimmed the fat after more teams qualified for the 2020 MLB playoffs than ever before (16). Now just eight teams remain as the American League and National League Division Series rounds begin. Every single matchup features two teams from the same division, so each has faced off 10 times already this season.

Let’s take a look at each matchup in this Best of 5 second round.

The Oakland Athletics started off the year as the hottest team in baseball and looked like a serious contender to win the World Series.

Since then, the A’s have fizzled out a bit and don’t quite look as dominant. The Houston Astros have done the opposite. The team was 29-31 in the regular season, but looked like their old postseason selves in their first-round 2-0 sweep of the Minnesota Twins. If they stay hot and use their vast playoff experience to their advantage, they may not have a problem with an Oakland team known for its October struggles.

Houston, much to the chagrin of many MLB fans, will be moving on to yet another American League Championship Series.

No pain, plenty of gain! Bet up to $100 on your first single bet at GoldenNugget.com. If you lose, your stake will be refunded up to a $100 Free Bet.

The New York Yankees are always hard to bet against at this time of year. They have a knack for turning it on when it matters most, regardless of who’s on the roster. That said, the Yanks are running into a suffocating starting rotation in the Tampa Bay Rays—a big factor that held New York to just two wins in 10 head-to-head games this season.

These two teams both deserve to move on, and this really should just be the ALCS, but if I have to choose, I’ll go with Tampa Bay. Starting pitching is crucial in the playoffs, and the Rays have a definite advantage in this category, while giving up just a little talent in the lineup. Expect a very tight series.

This is another matchup that many people wanted to see in the LCS round, but I’m sure anyone will gladly take it in the NLDS nonetheless.

The L.A. Dodgers won six out of 10 times against the San Diego Padres in the regular season, and that’s probably a precursor for the series outcome. San Diego has been electric to watch all season, and features the possible National League MVP in Fernando Tatis, Jr.

Los Angeles, however, was built to win a championship this season and it’s hard to see them leaving that box unchecked. The Dodgers are the best team in baseball, so they should be able to move on to the NLCS, although the Padres will definitely not make it easy on them.

Who doesn’t like free money? Create a new player account at BorgataOnline.com, and you’ll be eligible for $100 in free bets after placing a minimum first bet of $20.

The Miami Marlins have been a lot of fun to watch this season, and through the first round of the playoffs, as they had zero expectations at all and continue to amaze each and every day. But the Atlanta Braves’ lineup is lethal, and Miami can’t keep up. The Braves beat Miami 6-4 in the season series, and should be even more dominant in a playoff series. Expect the Braves to humble the Marlins, and fast.

These playoffs are only going to get more and more exciting as each round progresses. This LDS round should not disappoint. Too bad that multiple teams can’t win the World Series this year, because there are plenty worthy of the crown. It’s been another great playoffs for strikeouts and home runs, and expect this trend to continue. Don’t be shy to take some player HR prop bets, they’re paying out!

Good luck and enjoy America’s pastime in its true form.