HomeThe ShuffleMLB Post-Mortem: What Worked This Year, and What Can Work Better in ’21?

MLB Post-Mortem: What Worked This Year, and What Can Work Better in ’21? 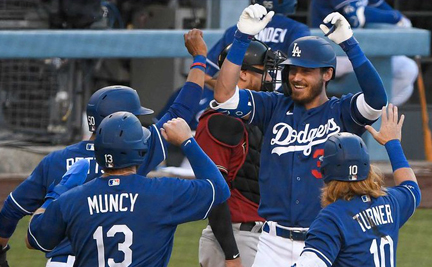 The Los Angeles Dodgers ended the World Series in Game 6, beating the Tampa Bay Rays 3-1 to earn a 4-2 series victory. Here are some reflections on 2020 and projections for 2021.

Major league baseball completed its season Tuesday night as the L.A. Dodgers beat the Tampa Bay Rays for their first World Series title since 1988. The Dodgers took it all in Game 6, beating the Rays 3-1 for a 4-2 series victory.

If you’ve been living on Mars for the last year, all this may have seemed normal. For those who live in the Covid world—and for sports bettors—the season was something of a horror movie, albeit with a happy ending. But nobody wants a sequel of 2020.

Here are some takeaways on a most unusual season:

Like what you see? Subscribe to iGamingPlayer below for the best in sports analysis every week. It’s free!

Congrats to the Dodgers for ending a decades-long draught and collecting their rings. And a pat on the back to the Rays for giving it their all, though Manager Kevin Cash’s decision to send starter Blake Snell to the showers arguably put the victory out of their reach.

Better luck to all the teams, the fans and the bettors in 2021.