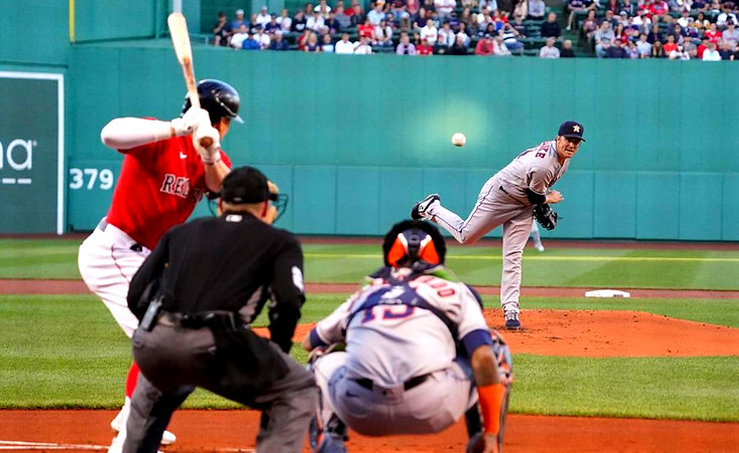 The ALCS begins Friday, with the NLCS right behind on Saturday. All roads lead to the World Series, starting with key games this week.

In the ALCS, the Houston Astros will host the Boston Red Sox Friday at Minute Maid Park (watch at 8 p.m. ET on Fox-TV). At Golden Nugget, the Astros are favorites to advance to the World Series at -160. And the Red Sox, who came into the MLB Playoffs as the wild card, are at +140. 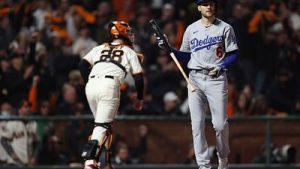 The NCLS is waiting on the winner of the final divisional series. National League West rivals the Los Angeles Dodgers and San Francisco Giants will play a do-or-die Game 5 on Thursday at Oracle Park to see who plays the Atlanta Braves (watch this MLB matchup at 9 p.m. ET at TBS).

The Dodgers were favored in the previous four games, and are a -115 pick at BetMGM. The Giants are -105. Los Angeles manager Dave Roberts is expecting a classic chapter in this storied rivalry.

“This is what baseball wants,” Roberts said. “All the series are done, so we’re going to be the only show in town. If you have a pulse or you’re a sports fan, you better be watching Dodgers-Giants. It’s going to be a great one.”

Both starting pitchers have won a game in the MLB series. Giants pitcher Logan Webb won the first game, while Julio Urias of the Dodgers got Game 2.

Boston’s lost just one game in five. The Red Sox began their playoff odyssey with a one-game wild card contest against the New York Yankees. Boston was a +125 underdog to the -135 Yankees, but prevailed, 6-2.

They advanced to face the AL East champion Tampa Bay Rays. Despite finishing behind the Rays in the regular season, the Sox were favored at sportsbooks such as BetRivers and PointsBet, with Boston -275 to win and Tampa Bay at +220.

Tampa Bay was a -155 pick to win the opener and did just that, shutting out Boston 5-0. That was the last time the Red Sox lost. They took Game 2 as a +130 underdog, 14-6. Boston outfielder Alex Verdugo told reporters his team felt disrespected after the first game.

“The first game, they’re over there eating popcorn, sitting on the field, chilling, talking,” he said. “And then also, they’re telling the guys to get the champagne ready here and already ordering the stuff over. Just that little bit of disrespect—like, ‘Wow, really? You guys think you’ve got it in the bag like that?’ It gave us extra fire.”

The momentum carried over in the next two games as Boston won both as the favorites, becoming the first team to reach the championship series.

The Houston Astros, winners of MLB’s AL West, faced the Chicago White Sox, winners of the AL Central in the other series. The Astros were trying to reach the AL Championship Series for the fifth consecutive year. The White Sox were making their first ALDS appearance since 2008; this was their 11th trip to the playoffs since 1903, but they haven’t won a World Series since 2005.

But Chicago wasn’t much competition for Houston. The White Sox lost the first two games by a combined score of 15-5. They did manage to capture Game 3 12-6, but were trounced on Tuesday 10-1, allowing the Astros to advance.

Astros pitcher Lance McCullers Jr. told reporters after the series-clinching victory that his team dominated the White Sox. “We kind of picked them apart in every aspect of the game, from Game 1 to today,” he said. “We were the better team.” 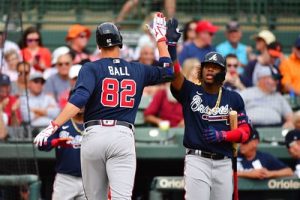 The Atlanta Braves clinched their National League Divisional Series over the Milwaukee Brewers 3-1, and that’ll give the Braves some time to rest. The team will travel to either San Francisco or L.A. It will likely be the underdog in the first game and advance to the World Series.

This will be the second straight year Atlanta has reached the NLCS. Last year, the team lost to the Dodgers, who went on to win it all. Braves manager Brian Snitker said his team has more experience in this MLB postseason.

“I think we’re in a lot better position now than we were a year ago,” Snitker said. “And we were a game away from getting to where we wanted to go last year. I like our chances.”

Wager to win in the MLB postseason! Don’t fill out your bet slip without read John Reger’s 5 Bets, every week at iGamingPlayer.