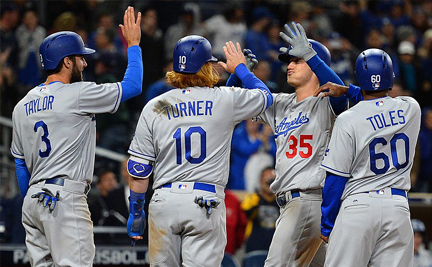 The universal designated hitter and seven-inning games for doubleheaders have caused a reshuffling of betting norms for MLB fans. Here are a few midseason eye-openers.

The universal designated hitter, seven-inning games for doubleheaders and the concept of a sprint, not a marathon, mean sports bettors have to be even more strategic.

Here are a few midseason eye-openers and betting pointers:

The sharpest football fan in the Garden State will take home at least $30,000 in the $100,000 Pro Football Pick ‘Em Contest at PlaySugarHouse.com in New Jersey! Log on today for details and T&Cs.

According to updated World Series odds from PlaySugarHouse.com, the Dodgers are +380, the Yankees are +400, the Minnesota Twins have jumped to +900 and the Oakland A’s are +1200.

And we still have half a season remaining, plus playoffs.

Seven-inning doubleheaders have been necessitated by the Covid-based postponements early in the season. That’s changing one of baseball’s storied axioms a bit. It used to be nearly automatic that the team losing the first game won the second. That’s still basically true, but a few more doubleheader sweeps are happening with the shorter games.

Watch the total runs line. Apps weren’t designed to reflect seven-inning games for your original bet. If you see a number like 6.5 or 7 for the projected runs total, it’s most likely a seven-inning game. That’s not prominently posted.

Get 2 risk-free bets up to $1,000 at PointsBet.com, and earn rewards for all singles, parlays and PointsBetting bets. Your first Fixed Odds bet and first PointsBetting bet will be refunded as a Free Bet if they lose! T+C’s apply.

NHL: Why the Vegas G