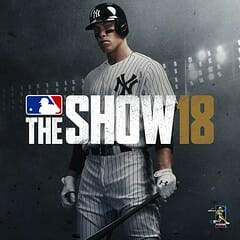 Major League Baseball has announced its first venture into eSports with a tournament in China That will feature eight competing teams under the title MLB: The Show. The three-month competition will take place across the Chinese cities of Beijing, Chengdu, Chongqing, Hangzhou, Shanghai and Xi’an and is scheduled to launch before the end of the year.

Major League baseball’s first foray into eSports will take place in Chine, not the U.S. with a scheduled eight team tournament dubbed MLB: The Show.

“By appealing to a younger demographic with games that they enjoy, this will help increase the penetration of baseball into their lives,” said Shao Yinxin, director of marketing and media for MLB China in a press release.

Though based in China, the tournament fulfills MLB Commissioner Rob Manfred’s stated intention to pursue eSports. The National Football League, National Basketball Association and the National Hockey League have all made their own moves into eSports.

“Strategically, we see esports has kind of been a weak spot for us,” Manfred said at the SportTechie State of the Industry 2019 conference in February. “It is a real priority for us going forward. It is tough to say more than this but I’m pretty confident that in 2019 we will have a nice announcement in that space in terms of platform-based games.”

The tournament also enhances the league’s moves in the Chinese market. In 2018, MLB signed a multi-year deal with Tencent to live stream 125 games from the Chinese internet services provider’s PC, mobile and over-the-top platforms. In December 2017, the league also partnered with Beijing Enterprises Real-Estate Group to build 20 baseball facilities as part of a development project to grow the sport in the country.

In another story, gaming company Activision Blizzard announced that WISE Ventures investment fund, founded by Vikings owners Mark and Zygi Wilf, will field a Minnesota-based team as part of its upcoming Call of Duty league.

“Having watched closely as the ecosystem evolved and matured with the first few years of franchised leagues, we are confident in the long-term potential of what Activision Blizzard is building and in the esports industry as a whole,” Mark Wilf told CNBC.

Wilf also said that WISE Ventures is looking to expand into other eSports games and is exploring building an esports-dedicated arena in Eagan, Minnesota on the Vikings Lakes campus.

The Call of Duty league is set to launch in 2020 and now has seven announced teams.