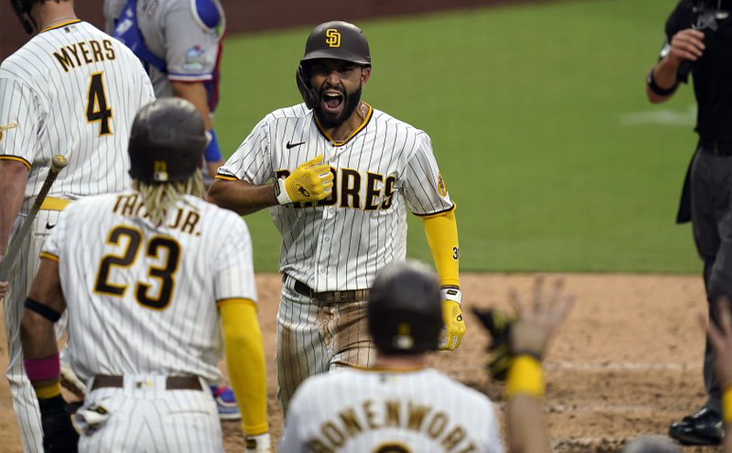 With division races up in the air and uncertainty about financial regulations, some MLB teams were more aggressive at Monday’s trade deadline. Who are the big winners? And who may have rolled snake eyes?

In a shortened MLB season, the dynamic of the trade deadline was a little different.

With all division races undecided and uncertainty about financial regulations for the near and distant future, many teams were much more aggressive at deadline. Playoff races should be nothing short of electric this season, so here are the teams that positioned themselves best (and worst) to make some noise come October.

Before the deadline, this San Diego team was fast becoming the most exciting team in baseball. Fernando Tatis, Jr. is a breakout MVP candidate, and Manny Machado is quietly putting up similar numbers.

As if this wasn’t enough, San Diego added All-Star ace Mike Clevinger to the bunch. Then you have Mitch Moreland and Austin Nola, two position players who figure to start and contribute heavily to this team. Then add multiple bullpen arms to a staff that’s struggled this year. It’s hard for me to look at this team and not believe the hype. I’m all in. Give me the Padres World Series futures bet (before it’s too late)!

Get a $100 risk-free bet when you place your first sports wager at GoldenNuggetCasino.com. If your first bet wins, you win! If you lose, you get your money comes back as a free wager.

The Blue Jays have had a scrappy young team all year, with a lot of long ball potential. They added talent all over the place ahead of the deadline, in a serious attempt to make a playoff push this year.

They acquired solid starting pitching help in Robbie Ray and Taijuan Walker, as well as utility players Jonathan Villar and Dan Vogelbach. This team is clearly going all in, and these are the types of moves necessary to get wins down the stretch. This team can surprise a lot of people, so consider this your warning: don’t be one of those people. The Blue Jays are the real deal.

While the Phillies haven’t quite dominated this season, and also didn’t go crazy at the deadline, they’ve still put themselves in a pretty good position to contend down the stretch. The Philadelphia lineup is no joke, and they’ve been heating up lately, just coming off a five-game winning streak. Starting pitching has been solid this season.

So, what’s the problem? The 2020 Phillies bullpen has been one of the worst in history. It seems at least twice a week, a Phillies starter hands a lead over to the bullpen, just for it to evaporate right in front of their eyes. So the Phils added bullpen arms at the deadline. They acquired Heath Hembree in addition to closer Brandon Workman from the Red Sox before snapping up David Phelps from Milwaukee. After boosting the relief crew, this team isn’t weak in any one area. If the lineup stays hot, watch out for this dangerous Philly squad.

Get 2 risk-free bets up to $1,000 when you sign up to wager at PointsBet.com. Your first fixed-odds bet and first PointsBetting bet will be refunded as a Free Bet if they lose! T&Cs apply. 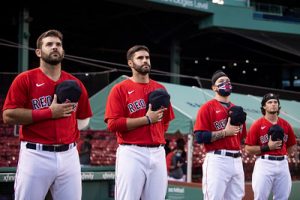 The Sox continue to be big-time sellers, still reeling from the Mookie Betts trade this past off-season. Their biggest loss at the deadline was missing out on Robbie Ray to the aforementioned Blue Jays. But the team did actively sell. Mitch Moreland, Kevin Pillar and Josh Osich all packed their bags and now are on to greener pastures, joining the aforementioned Hembree and Workman.

It’s hard to recognize a lot of Sox still with the squad these days, and this trend doesn’t seem likely to end any time soon. Sell all stock on Boston ASAP.

After a strong year in 2019, the Brewers just haven’t been able to get it going this time around. This slow start has inspired the front office to move on from a couple bad contracts, including Brock Holt and Logan Morrison. They also traded one of their better relievers in David Phelps to Philly, while actively shopping star closer Josh Hader to no avail. Their biggest loss was electing to publicly shop Hader without being able to capably move him before the deadline. Now the southpaw will remain disgruntled with the team for the rest of the season, as will the rest of their roster.

After a surprisingly active 2020 trade deadline, the landscape of the MLB has shifted. New teams are shooting for the stars and it should be a very exciting, all-in finish to the abbreviated season. Strap in because it’s going to be a very bumpy landing. Give these teams with a lot of new transactions a couple of games to gauge where they’re at before going all in. But like I said before, you can’t go wrong with Slam Diego this season. Hop on the trend before you miss out!