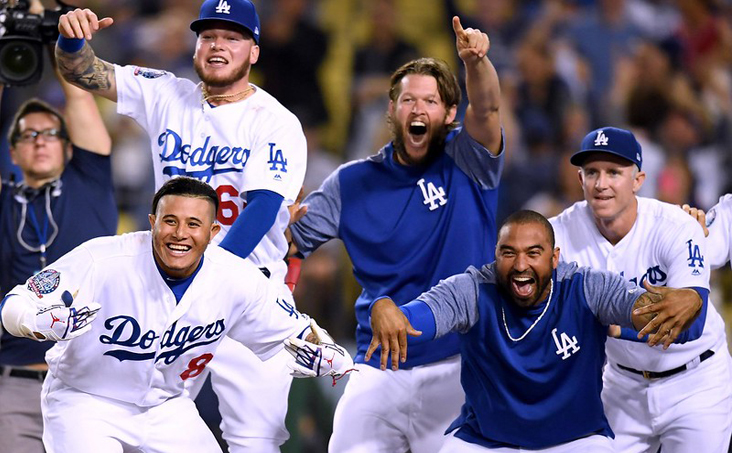 Most Major League Baseball teams are already about 55 games into their 60 game-seasons. With a week to go before the playoffs, who’s poised for a big win?

This 2020 MLB season seemed to go by in a flash. Suddenly, we’re heading into October, and the playoffs.

This should be an exciting tournament, with several legitimate contenders. Let’s see who holds an advantage as the season draws to a close.

The Dodgers and Padres have been the best teams in baseball pretty much all season, showing a consistency and dominance that should be feared by all other teams in a series.

The Dodgers have run away with the best record in the MLB this year. They’re deep in the infield, outfield, starting rotation and bullpen, so it’s hard to see any weakness that another team can exploit.

“Slam Diego” is headed by MVP candidate SS Fernando Tatis, who’s the leader of an All-Star-level infield. Starting pitching is also a strength for this team. They just need to get healthy in time for the playoffs, then stay that way.

These three American League teams have been consistently winning baseball all year long. The Oakland A’s had a smoking-hot start to the season, and have maintained first place behind their dynamic offense, which always seems ready to explode.

The White Sox lineup, on the other hand, is downright scary. They could possibly end the season with the AL MVP (Jose Abreu), ROY (Luis Robert) and batting champ (Tim Anderson), all in the same lineup. Their 1-2 punch on the mound of Lucas Giolito and Dallas Keuchel has been lethal.

The Tampa Bay Rays, meanwhile, have been an all-around powerhouse throughout the year. They’re led, once again, by an elite 5-man starting rotation that will be suffocating to deal with throughout a series in October.

Any of these teams are well equipped to make a run at this year’s title.

The Yankees will most likely enter the playoffs as the league’s hottest team. It was critical to get them into this year’s dance, and poses a huge threat to the rest of the league, as New York’s once-feared lineup is getting healthy and hot at the perfect time.

The Chicago Cubs’ National League squad is giving New York a run for its money as the league’s top team, having built up a seemingly insurmountable lead in the NL Central. They should be taken just as seriously, as they’ve been in big playoff spots before and are putting it all together at the right time.

The Atlanta Braves will win the NL East, albeit in an unconvincing fashion. They should have run away with the division this year, but never were able to string together a run to pull away. They’ll make a tough run in October, but I’m not convinced just yet.

Cleveland and Minnesota both trail the White Sox in the AL Central, despite having solid squads. They both seem to be a piece or two away from legit title contention, but can absolutely give teams trouble this postseason. Don’t sleep on either bunch.

None of the remaining teams that complete this year’s playoff field seem to be legitimate contenders to win the World Series.

These teams could all sneak up and take an opening series victory, but that seems to be the ceiling for this group.

This should be one of the more exciting MLB post-seasons in recent history. The National and American League bubbles should add a level of excitement similar to the NCAA tournament and this year’s NBA and NHL playoffs. There are several teams capable of winning it all, so don’t be afraid to take a flier on a team in a lower tier on a futures bet to do just that.