HomeThe ShuffleMLB Wild Card: The Chase Is On

MLB Wild Card: The Chase Is On 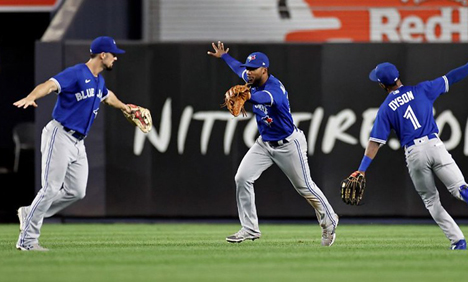 As the Major League Baseball season winds up, which teams will earn a Wild Card spot? This one could go down to the final inning.

Major League Baseball’s regular season ends in about three weeks, and most of the division winners look all locked up, especially in the American League.

The only division race with any intrigue is the National League West. On Tuesday, only three games separated the leading San Francisco Giants and defending World Series champions the L.A. Dodgers.

So which teams from each league will get a Wild Card spot? The race for these spots is tight, and could go down to the final game. The two winners of each league’s Wild Card will then face each another for a one-game playoff to see who goes on to face the divisional winner.

Let’s see who has the best chance to get into the MLB Playoffs. 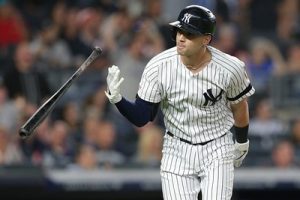 Before the season began, the New York Yankees were the second pick to win the World Series with odds of +550 at Caesars Sportsbook (formerly William Hill). They also had the best odds to win the American League East at +-200 and the AL Championship at +220.

But the Bronx Bombers have faltered lately, going from World Series favorites to struggling for a Wild Card spot. As of Monday, they’re a half-game behind the Boston Red Sox and in their last 10 games have gone 2-8.

The team’s final nine games are against the Red Sox, Toronto Blue Jays, and AL East leaders the Tampa Bay Rays. That doesn’t bode well for New York. The team has a 20-29 record against those teams this season. 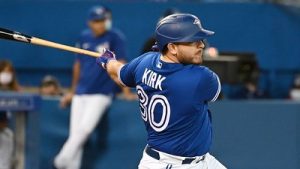 One of the biggest surprises of this MLB season has been the Toronto Blue Jays. The team was +2200 before the season and got as high as +3000 the first week of August.

And since then, the Jays have gone on a blistering run. They’re 9-1 in their last 10 games, 14 out of 16 since August 28, and are one of most offensive teams in baseball, leading the majors in batting average and home runs since the All-Star break.

The Blue Jays have a much easier schedule than the Yankees for the last two weeks of the season. After they play a four-game series with Tampa, they close out the season on the road at Minnesota Twins and homestands with New York Yankees and Baltimore Orioles. 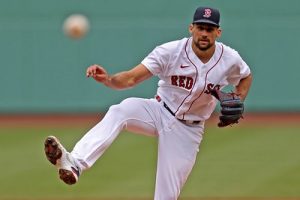 Even though the Boston Red Sox were not considered to be in the MLB Playoff mix, this team has clawed its way to a possible Wild Card spot. The Sox began the season well out of the postseason picture, fetching +200 odds to win the World Series, +2200 to win the AL Championship and -375 to miss the playoffs.

They’re currently tied with Toronto for the wild card, and their schedule is more advantageous than Toronto’s or New York’s. Boston faces last-place Baltimore for six games, then the New York Mets, the Yankees, and close out the season with the Washington Nationals.

The team has weathered a Covid-19 outbreak that decimated the lineup in August, and could be back to mid-season form. 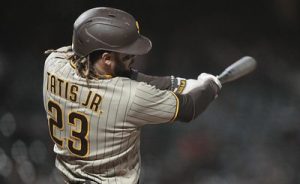 The San Francisco Giants and Los Angeles Dodgers have the best records in baseball, and both are relatively assured of making the postseason. The only question is, who will win the National League West?

The defending champion Dodgers were expected to coast to the playoffs. Los Angeles was the +300 favorite to repeat, and stayed around that number for most of the season.

San Francisco wasn’t expected to even make the playoffs, much less challenge for a title. The Giants were an astounding -1600 to miss the postseason. They were also +8000 to win the World Series before the season.

They now have the best record in baseball, and with its 9-1 win over the San Diego Padres on Monday, they’ve clinched no worse than a wild card spot.

But the Dodgers can still catch the Giants. Fortunately for L.A., they don’t face San Francisco any more this season and are 9-10 against them. Though it is very possible they could face each other in the first round. 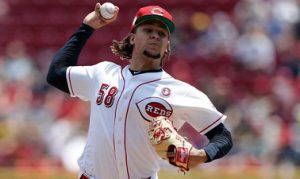 The San Diego Padres, Cincinnati Reds and St. Louis Cardinals are all battling for the last Wild Card spot. As of Monday, the Padres and Reds were tied, with the Cardinals a half-game back.

Though San Diego had better odds to get into the playoffs, they’ve been sputtering lately, losing their last four games. They also have the disadvantage of having to play in the National League West. The Padres face the Giants 10 more times, and the Dodgers three times.

Conversely, the Reds and Cardinals have easier roads to the postseason. St. Louis faces the Milwaukee Brewers seven times and the Chicago Cubs seven times, including the last three games of the season. Cincinnati gets the last-place Pittsburgh Pirates nine times, as well as the NL Central cellar-dwellers, Washington Nationals, four times.

Sign up to bet on sports at Resorts Casino, and your first deposit is matched 100% up to $1,000. Enjoy your free bonus funds!

MLB Wild Card games will be broadcast on ESPN and TBS.