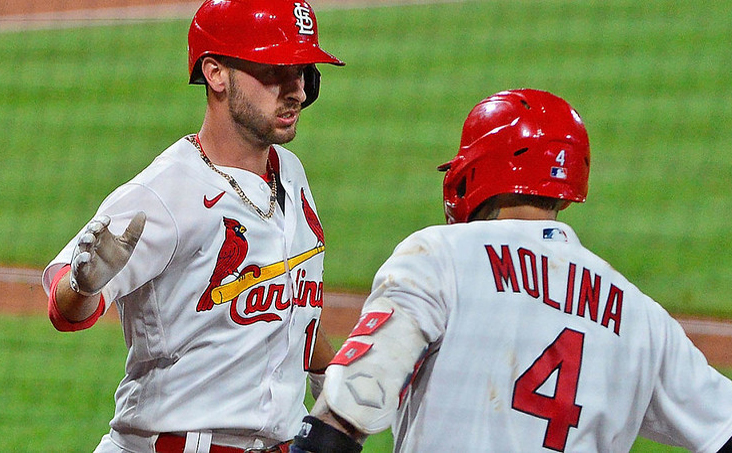 To get through this truncated Major League Baseball season without too much grumbling, let’s realize we’re lucky to have any season at all. Let’s make the best of it.

We’ll figure it out.

That’s the pragmatic way to view baseball in the age of Covid, which has caused more than 30 postponements and concerns about an unbalanced schedule.

Most affected: the St. Louis Cardinals, who, at one point, had played 15 fewer games than some other teams. It’ll require a slew of seven-inning doubleheaders and the elimination of off-days for them to nearly catch up.

Yes, that’s a problem for the Cards, but some perspective here.

Baseball’s lucky to be back, period. Every day that’s completed is a victory for the sportsbooks, the national psyche and the players who are drawing pro-rated salaries. It’s important to the continuity of the sport that the season is completed.

By the end of this week, barring postponements, some teams will have played half their scheduled 60 games already. How long ago did that look even remotely possible?

There are going to be imperfections this year. There will be potential unbalanced schedules, and probably plenty of complaints when it’s all over.

But if you look at the comeback as a three-month Covid Cup tournament rather than a baseball season, it has a different feeling.

So go with it. The fans are cutouts. Some of the cutouts in the stands are dogs. One cutout actually got hit in the first weekend of the season, creating a viral laugh.

Some potential scenarios: there could be a proposal to make winning percentage the determining factor in deciding playoff spots. And that likely would happen in a scheduling disparity.

But let’s get there first.

Sign up to wager on PlaySugarHouse.com, and get right in the game with a 100% deposit match, up to $250. Start today!

Making the unplayable bet playable. On Monday night, it was hard to bet the Los Angeles Dodgers at -330 against the Seattle Mariners. It was also hard to take the Houston Astros at -160 against the Colorado Rockies. But if you take a two-team moneyline parlay, you got +112. Yes, both teams have to win or you get nothing, but you get next to nothing by playing the teams individually. Both of them won. This is a bet I actually played.

Drinking from the Cu