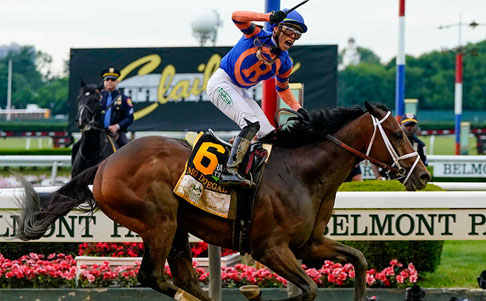 The Belmont Stakes is the final race of the Triple Crown and Mo Donegal won the race in impressive fashion.

This time, there was no Barnumesque freak-show blowing up tickets in every direction, good and bad, at last Saturday’s Belmont Stakes. The wax dummy look of profound shock on bettors’ faces after the Kentucky Derby became the poster race for every one-time claimer cashing in a Lourdes-like series of miracles was replaced by nods and wise-guy looks.

It’s New York, after all. And it’s the Belmont Stakes, which means it’s trainer Todd Pletcher’s home classic. The fact that you got two Pletchers in your exacta for the price of, well, two, literally came along for the ride.

With the New York Racing Association spending two-plus weeks hyping Rich Strike like he was the love child of Secretariat, instead of Keen Ice and Gold Strike, Pletcher’s Mo Donegal put on a primer on how to win the Triple Crown’s longest race. With Irad Ortiz Jr. at the controls, the 5-2 favorite shook off pesky 11.80-1 upstart Skippylongstocking, blew past pace-setter We the People and rolled home to a three-length victory over stablemate Nest in the Belmont Stakes.

After Nest on the back half of the exacta, it was another 3 ¼ lengths back to Skippylongstocking in third. One of two double-digit long shots in the eight-horse field, Skippylongstocking nipped We the People for the final piece of the trifecta.

The 2-1 morning line favorite and the lone front-end speed in the race, We the People led for 10 of the Belmont’s 12 furlongs. But with Skippylongstocking staying with him, the Constitution colt couldn’t find the domestic tranquility to finish. 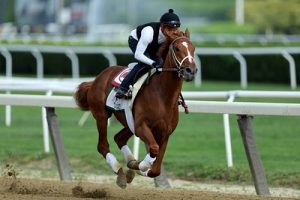 Before we get to Mo Donegal and how he’s now a sophomore to watch for the rest of 2022, let’s dispose of Rich Strike. That was an easier task for everyone except NYRA’s communications department. They spent two weeks chronicling everything the Kentucky Derby winner did. Talking about his early-morning arrival to Belmont Park to the relationship between him and his groom.

The anointed Belmont poster child won that Derby at 80-1. He left the Belmont starting gate at 4.10-1 – and proceeded to run like he should have been 80-1. Looking keen and antsy in the post parade and last through the first mile, Rich Strike was never a factor. He passed tired also-rans Barber Road (who finished second) and Golden Glider (eighth and last) to finish sixth, 13 ¼ lengths behind Mo Donegal.

“We were hoping we could have been a little closer and our pace was slow,” trainer Eric Reed said. “Our biggest change was deciding to stay a little off the rail and try to give him a good open run where he could take off. The whole way, his head turned and he was trying to get to the inside. I guess we made a mistake not putting him on the fence.”

When you’re Pletcher, a Hall of Fame trainer with three Belmonts already on the shelf (Rags to Riches, 2007; Palace Malice 2013 and Tapwrit 2017), you don’t make tactical mistakes largely because you get better quality talent. Mo Donegal’s fifth in the Derby came because he was stuck on the rail and had a nightmare trip. And even hobbled with those factors, Mo Donegal made up 17 lengths and 14 places to finish fifth.

Claim your offer at Golden Nugget to receive a Sportsbook Free Bet. Simply place a bet of choice on any sportsbook market (at minimum odds -200) and it is matched with a Free Bet up to $250. 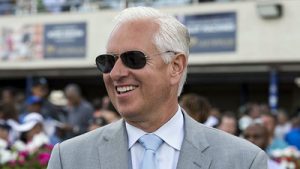 The Belmont has always been Pletcher’s favorite race. Aside from his three winners coming in, six other Pletcher horses finished second. Three more finished third.

Saturday was fun for Pletcher on another level. Even in a race not kind to closers, Mo Donegal illustrated why he may be one of the most dangerous 3-year-olds. Fourth through the first mile, two lengths back, Ortiz Jr. had Mo Donegal right where Pletcher wanted him.

“He was always traveling strongly and had a lot of horse and you could see as he began around the three-eighths pole. He took a look inside to see what’s going on,” Pletcher said. “The one thing I told him was to be a little bit patient. I believe this horse has the best last quarter-mile if you can just get him in position and ride him patiently from there.”

Which Ortiz Jr. did. The victory, Mo Donegal’s second in four 2022 races, took him north of $1.5 million in career earnings. It added more cachet to his Remsen Stakes (G3) and Wood Memorial (G2) victories. In the Remsen, Mo Donegal beat Zandon. In the Wood, he beat eventual Preakness winner Early Voting.

But what made this a dream trip squared for Pletcher was Nest. The filly, coming out of a runner-up finish to Secret Oath in the Kentucky Oaks, overcame a bad start to put herself into second entering the stretch. Once Mo Donegal made his move, Jose Ortiz aboard Nest, followed in the same path.

“When I took a peek to go out, Mo Donegal was already there full of horse,” Jose Ortiz said. “I didn’t want to make a premature move. When I called her to run, I wanted it to be my only move. I had to wait to make my move. It was a huge effort by my filly.”