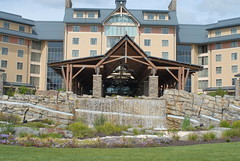 Two more Pennsylvania casinos have officially applied to offer sports betting, as Mohegan Sun Pocono in Wilkes-Barre and Mount Airy Casino in Mount Pocono each submitted petitions to the Pennsylvania Gaming Control Board to offer retail and online sports books.

Both casinos have already signed agreements with platform suppliers. Mohegan Sun Pocono announced at the end of January that it will partner with Sweden-based Kindred Group to launch retail and online sports betting under the Unibet brand. Mount Airy announced last week that it is partnering with the Stars Group, parent of internet gaming giant PokerStars, to create retail and online sports books under the BetStars brand.

Few details about the pending sports books were revealed in the publicly released portions of the license petitions.

In the petition, Mohegan promotes the creation of jobs through sports betting, although the public version does not identify how many jobs. The petition also plugged other economic benefits, including “increased tax revenue to the commonwealth and a boost to the local and state economy via an increase in spending on various goods and services.”

Downs Racing, the casino’s operating company, is seeking a certificate to offer a combination of land-based, mobile and interactive sports wagering. In an interview with the Wilkes-Barre Times Leader, Pennsylvania Gaming Control Board spokesman Doug Harbach said the board will schedule a hearing soon for Mohegan Sun Pocono officials to present their plan specifics and gain approval.

Mount Airy’s petition was also scant on public details, although Vince Jordan, the casino’s vice president 0of marketing and gaming operations, told The Citizen’s Voice that the casino plans on “making an exciting announcement in the next few weeks” that will preview the property’s BetStars sports book, adding that sports betting “is the obvious next step for us to continue diversifying our casino offerings.”

Mount Airy originally announced last August that it would partner with the Stars Group, which already operates retail books in New Jersey.

“It is anticipated that the addition of sports wagering will enhance the Mount Airy facility, increasing its competitiveness in the regional gaming market by providing a significant amenity for gaming patrons,” said Mount Airy’s sports betting petition “Mount Airy will endeavor to market to the online sports wagering customers in order to drive additional traffic to the land-based facility.”

Sports books are open at five of Pennsylvania’s 12 casinos and one off-track betting parlor. Some plan to offer online sports betting in the coming months.

One of those is Presque Isle Downs outside of Erie, which is planning a sports book licensed last year, but has now stretched its timeline to debut the book by June 1. Churchill Downs, Inc. is in the process of purchasing the racino from Eldorado Resorts, and the ongoing process has delayed the sports book, originally planned for an April launch.