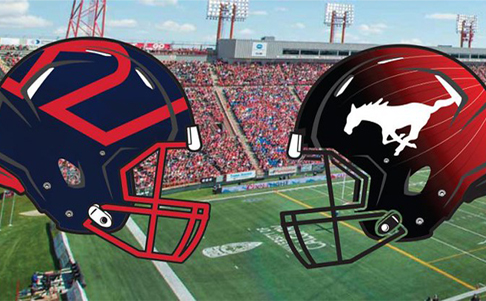 The new Canadian Football League season is finally upon us. How will opening weekend shake out?

After a long offseason, it’s finally time for opening weekend of the 2022 Canadian Football League season. There’s been plenty of player movement as teams improve internally, so this first week should tell a lot about how teams will look in the new season.

Before you build your betslip, here’s everything you need to know for Week 1 matchups, and a breakdown of each contest with odds from Caesars Sportsbook.

The Calgary Stampeders have the returning players’ advantage, which should be a big factor in early season success. Their returning combo of quarterback Bo Levi Mitchell, running back Ka’Deem Carey and wide receivers Reggie Begelton and Kamar Jorden made the Calgary offense the third-highest scoring in the league a season ago.

On the other side, the Montreal Alouettes enter the season without a definitive starting QB, and this doesn’t bode well for football teams in general in early season matchups. The +3.5 for Montreal is a classic trap line, and at home you should be able to rely on Calgary to win and cover.

Wager up to $1,500 for your first bet at Caesars. If your bet doesn’t win, you’ll get a Free Bet in the same amount to use on your next wager.

Everything in this one is telling you to take the Winnipeg Blue Bombers, which is why you should do the exact opposite. The Blue Bombers are two-time defending champions squaring off against an Ottawa Redblacks team that was the CFL’s worst a year ago.

This one also features another classic trap line at -9.5 for Winnipeg. Winnipeg lost star RB Andrew Harris this offseason but added WR Greg Ellingson, which should help to minimize the damage in the offense.

Ottawa, more importantly, added veteran QB-WR duo Jeremiah Masoli and Jaelon Acklin to an offense that couldn’t get much going last season. They should be able to get more going than expected and especially in Week 1, do not expect a blowout right away. Take Ottawa with the 9.5 points.

Click here to see who are 5 Bets writer John Reger thinks will win this game.

Sign up to play at BetRivers Sportsbook, and collect a 100% Welcome Bonus up to $250. 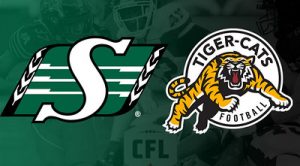 These two sides are both coming off deep playoff runs a season ago, both eliminated by the eventual back-to-back champion Blue Bombers.

The Saskatchewan Roughriders fell to Winnipeg in the West Division Final, while the Hamilton Tiger-Cats lost in the Grey Cup to the Bombers for the second straight season. Both sides are returning most of their playoff rosters, and the spread shows that.

A line as close as a single point at home usually isn’t a great sign for the home team, as the homefield advantage is likely the only reason they’re favored. A Tiger-Cats team with revenge on its mind after two straight Grey Cup losses should come out strong in Week 1. Take them straight up to win this opening weekend matchup.

Place a bet in any sportsbook market (min. odds -200) at Golden Nugget, and your stake will be matched up to $250.

Edmonton Elks at BC Lions 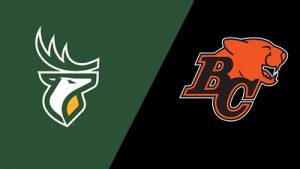 Both teams here are coming off disappointing 2021 campaigns and have QB decisions to figure out early this season.

The BC Lions seem to hold the advantage here, however, for a couple of reasons. First and foremost, the Edmonton Elks features a porous defense that ranked bottom-2 in the CFL last season in points and touchdowns allowed.

The BC QB situation also seems much more favorable to that of the Elks’, as well as a stronger skill-position group on offense for the QBs to get the ball to. The Lions seemed on the cusp of being much better than their 5-9 record showed a year ago, and this Week 1 matchup should help them to work towards improving on that mark this year.

Again, don’t be fooled by the Edmonton +3.5 trap line and take BC with the points in what should be a comfortable opening week at home.

An exciting new CFL season is finally here and there is no time to waste when it comes to the money. Why ease into the season when you can start winning right away in Week 1? Build up those betslips and enjoy the opening week action!