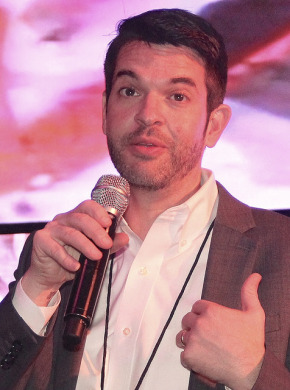 The trouble continues for Pennsylvania’s Mohegan Sun Pocono and its owner, Mohegan Tribal Gaming Authority (MTGA), in the wake of the abrupt resignation of MTGA President and CEO Bobby Soper.

Two new issues now face Mohegan in connection with a filing made by MTGA with the U.S. Securities and Exchange commission three days after the announcement of Soper’s departure, which he said was to “take on a new challenge” that he cannot yet disclose.

The MTGA’s February 15 notice informed the SEC that the operator is reviewing “possible operational control deficiencies” at the Mohegan Sun Pocono casino, which is in Wilkes-Barre, Pennsylvania. The note says the Pennsylvania Gaming Control Board’s Office of Enforcement Control is investigating the casino’s “system of tracking and reporting the issuance of certain customer incentives such as free slot play.”

Soper made a point to communicate to a reporter for Connecticut’s The Day that his resignation had nothing to do with the crime at Mohegan Sun Pocono, where he had not been in charge since he became CEO of MTGA in 2015.

The MTGA filing also reported that it recently terminated the Pocono casino’s contract with ReferLocal, a marketing and advertising firm that had been doing business with the casino since 2011.

Soper had a 5 percent equity interest in ReferLocal, which MTGA claimed he had failed to disclose. Soper, however, told the Hazelton Standard-Speaker last week that he informed his former supervisor of his stake in the firm when he was president of the Pocono property.

Gaming Control Board spokesman Doug Harbach confirmed to the newspaper that there is “an active investigation by the Office of Enforcement Counsel and our Bureau of Investigations and Enforcement,” without further comment.

Soper’s two-year tenure at the head of the MTGA oversaw a period of growth and expansion, including the addition of a hotel in Pennsylvania, a $500 million casino in Washington in partnership with the Cowlitz Tribe soon to open, and a $1.6 billion gaming and entertainment resort in the works for Incheon International Airport near Seoul, South Korea, which recently was given approval by the government. MTGA also operates the Mohegan Sun Pocono in Pennsylvania, the Resorts Casino Hotel in Atlantic City and the Paragon Casino Resort in Marksville, Louisiana.

Soper was replaced at the head of the authority on an interim basis by its former CEO, Mitchell Etess.