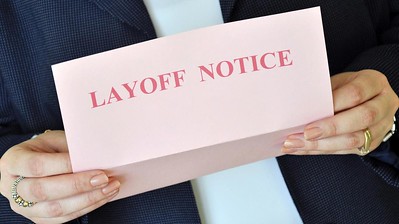 It’s clear the U.S. gaming industry will not rebound quickly or easily from the Covid-19 crisis, and that means more casino workers will lose their jobs. The first wave of permanent layoffs is now under way in markets across the country.

In accordance with the terms of the federal Worker Adjustment and Retraining Notification Act, beleaguered Las Vegas casino operators have begun issuing advance warnings that layoffs are on the way.

At the Tropicana and M Resort, both owned by Penn National Gaming, an undisclosed number of employees have received letters to that effect. At the M, layoffs are set to commence August 15.

“While we have been able to reopen most of our properties on a limited basis, the continued social distancing requirements and uncertain business volumes means our properties will not be able to resume normal operations for the foreseeable future,” said Eric Schippers, Penn’s senior vice president of public affairs and government relations.

Schippers said the company will continue medical and prescription drug benefits for furloughed workers through July 31 and has an emergency relief fund of $1.7 million funded by private donations to help employees in need. More than $600,000 has been approved and processed for distribution so far, according to news reports.

At the other end of the Strip, Treasure Island and the Sahara have issued similar termination warnings.

The Sahara served notice that it will commence with job cuts on September 18. These will affect “all employees not covered by a collective bargaining agreement” and “employees who are covered by a collective bargaining agreement who had less than six months of active employment when the layoff began,” the notice said. Management did not disclose how many people will be affected.

The Las Vegas economy depends almost entirely on gaming-related tourism and business travel𑁋most of it from outside Nevada𑁋so the state-imposed shutdown from March 17 to June 4, coupled with the continuing spread of the potentially deadly virus locally and nationally, have hit Southern Nevada especially hard.

“The Strip is expected to take longer to recover than most regional (or) local casino markets because the Strip is more dependent on air travel, including group business and international visitation,” said Brent Pirosch, director of gaming consulting for the CBRE Global Gaming Group in Las Vegas.

The pain will be shared by future ex-employees across the country. Between mid-March and May 21, hundreds of workers were furloughed at Mississippi Coast casinos due to Covid-19. Now those layoffs will become permanent as casino operators file WARN letters with the Mississippi Department of Employment Security.

Here are some of the upcoming, or previously enacted, permanent or temporary layoffs at Mississippi casinos:

Mississippi casinos are limited to 50 percent occupancy with social distancing required at the slots, table games and restaurants. The Mississippi Gaming Commission recently required face masks to be worn everyone in casino public areas.

Across Louisiana, 4,427 casino employees have received WARN letters, notifying them their jobs will be eliminated. Louisiana Casino Association Executive Director Wade Duty said, “We were closed for about two and a half months, and then when we were allowed to reopen it was understandably under very limited circumstances.

“So if you take any industry and say you can only operate at 50 percent of your capacity, the industry has to respond in some fashion, and one of the few choices we can make is some staffing reductions.”

Duty added he expects these layoffs to be a one-time correction. He does not anticipate additional layoffs of this magnitude, as long as there are no further restrictions.

Revenue for the state’s 14 riverboat casinos fell 62 percent—a loss of nearly $100 million–this past May compared to May 2019, according to the Louisiana Gaming Control Board. The casinos brought in just $60 million in May, compared to $157 million in May 2019. Revenue from video poker machines also declined by 56 percent in May compared with 2019, according to gaming board figures.

Most of the WARN notices came from Horseshoe Entertainment in Bossier City. Casinos there will lose an expected 1,875 jobs. In Baton Rouge, L’Auberge was the only casino in the parish that announced layoffs, with WARN notices sent to 161 employees.

Penn National also filed a WARN notice with the Louisiana Workforce Commission, stating it plans to cut 197 jobs at Boomtown Casino in Harvey, Louisiana, effective August 15. Boomtown is one of Penn National’s four Louisiana casinos that have announced layoffs. The L’Auberge casinos in Baton Rouge and Lake Charles plan to cut a total of 602 jobs, and the Margaritaville Resort Casino in Bossier City plans to cut 347 jobs.

Penn National plans permanent layoffs at casinos in eight states, including Indiana, Ohio, Maine, Pennsylvania, Colorado, Kansas and Missouri. The company reiterated that the layoffs “are the unfortunate result of Covid-19 related business circumstances that were sudden, dramatic and beyond our control.”

Cypress Bayou Casino Hotel, owned by the Chitimacha Tribe in St. Mary Parish, will lay off 229 employees. The WARN letter states, “Our business has been severely impacted by the virus and we have had to make the difficult decision to substantially reduce operations.” The positions include bingo and gaming dealers, restaurant and banquet workers.

Gaming operators hope Governor John Bel Edwards will sign the proposed tax incentive passed by the legislature in June. It would give a 5-year, $83 million tax break to casinos, with $5 million in free promotional wagers.

Duty said the tax break would cost the state $11 million in 2021, but the state would get its return once customers spend more taxable money at casinos and other nearby businesses, which would minimize the chances of future layoffs. “This is the number-one way to get them there. This isn’t a giveaway. It allows greater utilization of a tool which will drive revenue,” he said.

In Wisconsin, the Ho-Chunk Nation has decided to permanently lay off employees who had previously been temporarily laid off, President Marlon WhiteEagle announced in a YouTube video.

WhiteEagle said the tribe has “made the tough decision to move temporary layoffs to permanently layoffs. This choice was made to preserve the financial health of the Nation.” He did not say how many workers were let go. The employees’ health insurance benefits will be terminated, but WhiteEagle pointed out they can now apply for unemployment in Wisconsin.

More than 250 employees of Hollywood Casinos in Aurora and Joliet, Illinois could be out of a job as of September 15. Illinois officials closed down casinos throughout the state in March at the onset of the coronavirus outbreak. They remained closed for more than three months before reopening July 1.

In Michigan, the Greektown Casino-Hotel in Detroit is planning to permanently lay off 621 employees.

According to a June report on Casino.org, Boyd Gaming has indicated that job cuts of up to 60 percent may take place at its properties. And in May, MGM Resorts International CEO Bill Hornbuckle told furloughed employees that not everyone may return to the company’s casinos and resorts this year.

G2E Cancelled Due to