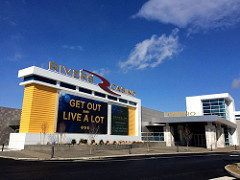 New York legislators are looking for ways to add sports betting to the state’s already crowded gaming market pending a ruling from the U.S. Supreme Court that is expected to overturn a federal ban dating back 25 years.

The court is scheduled on December 4 to hear arguments in a case stemming from a long-running battle between New Jersey, which sought to legalize sports betting in 2012, and the country’s professional sports leagues and the NCAA, which have sued in the federal courts, so far successfully, to block it.

At issue is the Professional and Amateur Sports Protection Act, which Congress passed in 1992 amidst fears that the nationwide spread of legalized gambling then under way posed a threat to the integrity of sports. The law gave states a year to regulate sports betting on their own, but none did, with the effect that the industry has been restricted ever since to the four states where it was legal at the time: Nevada, still the only state to offer single-game wagers, and Oregon, Montana and Delaware, which offer various forms of parlay betting.

New Jersey argues that those exceptions are unconstitutional, and the fact that the Right-leaning court has agreed to hear the state’s appeal this go-round after declining to do so in the past has sports betting advocates hopeful that PASPA is soon to become history.

Lawmakers in several states are already moving to ensure their jurisdictions get in on the action.

In New York this likely will require a constitutional amendment similar to the one voters approved in a 2013 referendum authorizing full-scale Las Vegas-style commercial casinos. Queens Democrat David Weprin has a bill ready for introduction in the next session of the legislature that will put bookmaking on the ballot in 2019 if it is approved by successive legislative sessions, as required by state law.

Strategies also are being explored for legalizing the industry without going through the lengthy amendment process.

“The lawyers are looking at that right now,” said Gary Pretlow, the Westchester Democrat who chairs the state Assembly’s Racing and Wagering Committee.

Whatever way it goes, observers expect licensing will have to be offered to the state’s racetracks, racinos and OTB parlors as well as the three commercial casinos, which are struggling in their first year to achieve the revenues they, and the state, thought they would.

“We would be at a distinct disadvantage,” said Henry Wojtaszek, CEO of Batavia Downs racino and harness track.

The casinos―Rivers Casino & Resort in Schenectady, del Lago Resort & Casino in the Finger Lakes and Tioga Downs near Binghamton―are expected to end 2017 shy of first-year revenue projections by a combined $220 million. And with a fourth resort, the biggest and most expensive yet, slated to open in the Catskills in the spring, just 90 miles from New York City, serious concerns about market saturation are being raised across New York.

This was brought home to state lawmakers earlier this year when the racetrack casinos began lobbying aggressively for tax breaks to keep them afloat in the midst of the new casino competition. Earlier this year, Vernon Downs Casino and Hotel owner Jeff Gural, who also owns Tioga Downs and its casino, threatened to close Vernon Downs unless a reduction in its taxes was forthcoming. He got it. More recently, Empire City Casino at Yonkers Raceway, whose 5,000 slots and e-tables make it one of the largest racinos in the state, has hired J.P. Morgan Chase to explore strategic alternatives. This could involve bringing in partners. It could involve an outright sale.

Indian-owned casinos are feeling the heat, too. In March, the Seneca Nation announced it was halting more than $100 million in annual payments to the state from slot machine revenues at its casinos in Buffalo, Niagara Falls and Salamanca. The tribe alleges the state violated the compact by allowing the four new casinos in its market area. The Cuomo administration is challenging that decision, and the dispute is headed to arbitration, and from there most likely to federal court.

Cheeks “has decided to pursue other opportunities outside of the company,” said Greg Carlin, CEO of Rivers parent Rush Street Gaming. She has been succeeded in the interim by Assistant GM Justin Moore, the company said.

Rivers, which employs 1,000 people, debuted with lofty expectations the first week of February and recorded $11.08 million in revenue its first month. It has averaged only $11.7 million a month since, a pace that will leave it short of first-year projections by as much as $80 million.