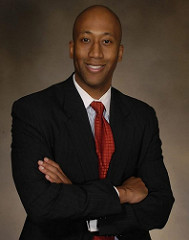 A New York state lawmaker has introduced a bill creating a task force to study the regulation of online sports betting.

The measure (A10322), advanced by Assemblyman Clyde Vanel, comes a month after a bill (S7900) was introduced in the Senate to legalize the industry at OTBs, casinos and racetracks and racinos and via mobile platforms. Sponsored by Republican John Bonacic, who chairs the Judiciary and Racing, Gaming and Wagering committees in the upper house, S7900 is the latest in a string of failed attempts to bring sports betting to New York.

Vanel, a Democrat representing Queens, wants to install a 10-member legislative task force to examine policies and best practices regarding online betting. Should his bill pass, it would require the task force to report its findings and make recommendations no later than Dec. 31, 2019.

Though proponents have yet to see a companion bill to Bonacic’s in the Assembly, momentum has been building in Albany to legalize sports betting after the U.S. Supreme Court agreed to hear New Jersey’s appeal against a 25-year-old federal ban on the industry. The court is expected to render a decision later this year.

It’s possible also that a perceived need to develop new revenue sources is gaining steam in the Legislature after a disappointing first year for the state’s new commercial casinos, which are seeking tax breaks after falling well short of initial revenue projections in one of the most supply-heavy gaming markets in the country.

Bonacic has already conducted hearings on the legal and regulatory ramifications of sports betting in which representatives of the major professional sports leagues were among those invited to testify.