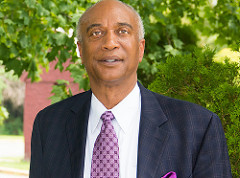 The continuing gap between the reality of 2017 gaming revenues and the projections put forth by New York’s three new commercial casinos has prompted state Assemblyman Gary Pretlow to demand some answers.

The Mount Vernon Democrat, who chairs the Committee on Racing and Wagering in the lower house, has written state Comptroller Thomas DiNapoli seeking a third-party analysis of the market’s troubles, saying he is concerned the casinos may come to the state seeking relief.

“It is critically important that we have reliable and realistic long-term revenue projections so we can prevent the recent gaming expansion from creating an arms race for more and more tax subsidies,” he said, according to a copy of the letter obtained by USA Today.

The three properties―Tioga Downs Casino & Resort in the Southern Tier, del Lago Resort & Casino in the Finger Lakes region and Rivers Casino & Resort in Schenectady―are likely to end their first year with about $220 million less in total revenue than they projected when they won the bids for their gaming licenses in 2014.

The casinos and the state have downplayed the slow start, saying it takes years to build a clientele and that the properties have collectively invested about $1 billion in construction, have provided hundreds of jobs in struggling communities and still haven’t reached full built-out of their hotels and other amenities.

“Solely comparing the casino applicants’ snapshot projections from 2014 to the actual millions of dollars in private revenue generated over the past 10 months (from facilities that are only partly complete) is not the best metric to gauge the overall success or viability of the new casinos,” spokesman Lee Park said.

The commission has pointed out, too, that the casinos have boosted New York’s overall gambling revenues by about $200 million since they opened―funds that mostly go to support education.

Pretlow, however, is not convinced. “I’m anticipating that they are going to be looking for some kind of redress next year,” he told USA Today. “I don’t want to do that. I want to know what the real numbers are, not their numbers.”