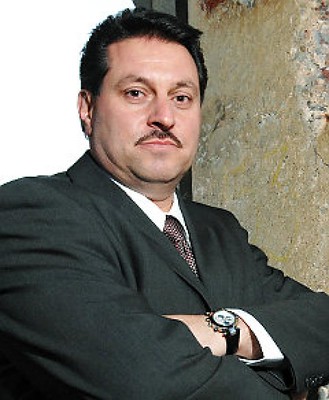 Queens, New York Democrat Joseph Addabbo (l.) says he’ll reintroduce legislation to expand sports betting to the internet for players in the Empire State. His reasons, he says, are as clear as the view across the Hudson.

New Jersey’s sports betting boom is offering plenty of ammunition for lawmakers in neighboring New York who believe the state is missing out on a goldmine by not expanding its own market to the internet.

Senator Joseph Addabbo, the Queens Democrat who led last year’s abortive push for mobile betting in the Legislature, is ready to start the wheels turning again when lawmakers reconvene in January.

“New Jersey continues to release astounding sports wagering numbers month after month, while New York remains largely out of the conversation,” he said.

He was referring to September results showing New Jersey’s books, which take bets by phone and other Web-based devices, won $37.9 million. It was a 59 percent increase over September 2018.

The worst part for Addabbo is that nearly one-quarter of it was contributed by New Yorkers, according to estimates from experts.

The Garden State’s total since January has topped $190 million, around $47 million of which, Addabbo believes, was generated by bettors from New York, which launched its sports betting market this summer with wagers restricted to those placed in person within the state’s 11 commercial and tribal casinos.

“With New York not allowing mobile sports betting, our revenues will continue to be poured into New Jersey and surrounding states that have mobile sports betting, in addition to a missed opportunity for increased educational funding that is generated from our state’s gaming operations and creation of new jobs,” Addabbo said.

Which, he added, doesn’t include revenue lost to illegal betting.

“Many residents do not want to take a long car ride to make a sports bet, so they go to their local bookie. I believe with mobile and an increase in accessibility to authorized sports betting, we can recapture the revenue currently being lost to illegal sports wagering, and as a consequence, increase educational funding as well.

The obstacles, thus far, appear to center on a legal argument, namely whether an expansion into cyberspace requires an amendment to the New York Constitution. This is the position held by Gov. Andrew Cuomo, and it’s contributed to dampening support for mobile in the state Assembly.

Addabbo and other proponents disagree and believe legislation can be written to place mobile betting on a firm legal foundation.

And he intends to write it.

“I will continue to push for mobile sports betting when the session begins again in 2020,” he said.