HomeThe ShuffleNASCAR Cup Series: Who’s Out in Front in Indianapolis?

NASCAR Cup Series: Who’s Out in Front in Indianapolis? 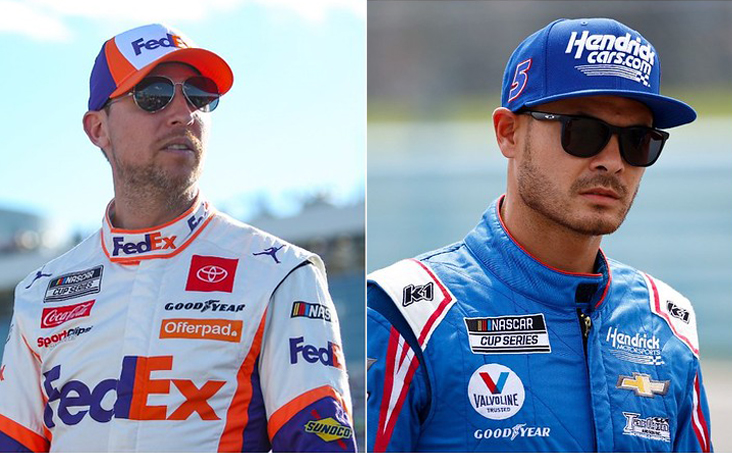 Three races remain before the NASCAR Cup Series Playoffs, with narrow turns throughout the standings. Who’s positioned to take the Verizon 200?

Three races remain before the NASCAR Cup Series Playoffs, with tight contests at the top and bottom of the standings.

Kyle Larson and Denny Hamlin are tied for the No. 1 spot going into this Sunday’s Verizon 200 at the Brickyard, at the iconic Indianapolis Motor Speedway. Larson said it’s been challenging and enjoyable battling with Hamlin for the top spot.

“Yeah, it’s fun racing him, and I look forward to the next few weeks and really even into the playoffs,” Larson said. “I’m glad there’s a fun little regular-season point battle; I feel like in years past it’s kind of been a blowout, come the last race of the points. To be tied with three races left is pretty cool.”

Neither Larson nor Hamlin was a favorite to capture the 2021 Cup Championship before the season began. Oddsmakers at BetMGM had Kevin Harvick as the top pick at 11/2, followed by Chase Elliott and Kyle Busch at 7/1. Both Hamlin and Larson were at 8/1. 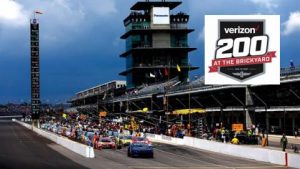 Larson’s ascent to the top of the Cup standings has been aided by five victories, including last week’s race at Watkins Glen. He’s had an impressive year, especially considering he’s coming off a suspension by NASCAR after uttering a racial epithet during a simulation race. That seems like ancient history now. The 29-year-old latched on with Hendrick Motorsports and the relationship has been beneficial to both.

“It really just shows how good the organization is, all the people that they’ve assembled at the race shop, men and women,” Larson said.

Hamlin, who’s with Joe Gibbs Racing, is winless in the season, but clawed his way to the top of the standings with 15 Top 10 finishes, placing third or better six times.

“I feel like we’re good,” Hamlin said. “We just keep going back and forth each race on who’s better. But (Larson’s) obviously got the wins and racking up the bonus points.”

Final Playoff Spot Down to the Wire 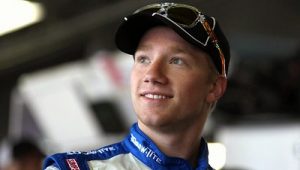 The race for the 16th and final playoff spot is just as tight. Tyler Reddick entered Watkins Glen with a six-point advantage over Richard Childress Racing teammate Austin Dillon for the last spot. Reddick increased his lead to 15 points thanks to a 10th-place finish on Sunday.

“It’s good that we were able to leave the track with another Top 10 to help us with the playoff cutline,” Reddick said. “I wish we were able to finish a little higher up, but we’ll have a good shot next week to show what we can do at another road course. There’s no other group I’d rather be fighting with to make the playoffs.”

Another high finish and Reddick might not have to worry about the final spot. He’s just three points behind Alex Bowman for No. 15.

Sign up to wager at SugarHouse, and your first deposit will be matched, dollar for dollar, up to $250.

For the second consecutive week, drivers will be on a road course, and Larson is again the second pick to win. He was +500 to win last Sunday at Watkins Glen, and is behind Elliott at +350 at the Brickyard.

Larson said he won’t be relaxing for the rest of the regular season, and Hamlin certainly won’t be taking it easy the last three races.

“It’s going to be a battle all the way to the end,” Hamlin predicted.

The Verizon 200 at the Brickyard is the last race of a triple-header weekend at IMS, including the NASCAR Xfinity series Pennzoil 150 at Brickyard and the NTT INDYCAR series Big Machine Spiked Coolers, both on August 14.

This will be the 24th race of the NASCAR Cup Series 2021 schedule, and the first-ever race on the road course. The 82-lap, 2.5-mile race will begin at 1 p.m. ET Sunday, August 15. It will be broadcast on NBC and streamed live on the NBC Sports app.

Odds* Verizon 200 at the Brickyard

Are You the PA Lotte