HomeThe ShuffleNASCAR: Is Larson Gearing Up for a Win Streak in Las Vegas?

NASCAR: Is Larson Gearing Up for a Win Streak in Las Vegas? 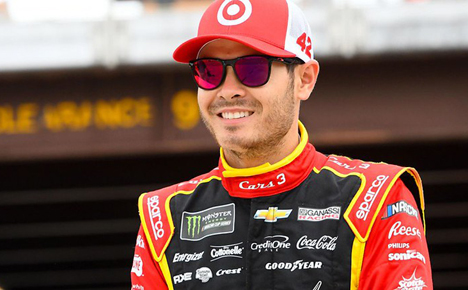 Last year, NASCAR driver Kyle Larson put together two separate winning streaks. He could start another this Sunday at the Pennzoil 400 in Vegas.

Kyle Larson won at the WISE Power 400 last week, and is the favorite to take this Sunday’s Pennzoil 400 at Las Vegas Motor Speedway. Last year’s NASCAR Cup Series champ is +350 at Caesars Sportsbook to win the Pennzoil, where he’s the defending champion.

This could be bad news for others in the field. In 2021, Larson was known for winning consecutive races. Of his 11 victories last year, seven came back to back. The first run was at Charlotte Motor Speedway in May, where Larson won the Coca Cola 600. He then took the next three at Sonoma, Fort Worth and Nashville.

In October, Larson won again in Charlotte and Fort Worth, as well as at Kansas City. And two weeks later, he captured the NASCAR Cup Championship at Phoenix Raceway to complete an impressive season.

Register a new account at Caesars Sportsbook, make your first deposit, and place a first bet of exactly $20. Caesars will give you six $50 Free Bets (excludes parlays, round robins, teasers, and in-play wagers).

Can Larson put together another run this year? It certainly appears he’s ready. Last week at the Auto Club Speedway in Fontana, California, the 29-year-old managed to overcome a wild race with 12 caution flags. He took advantage of Stage 1 and 2 winner Tyler Reddick’s crash to take the lead, and ultimately won.

“It’s always fun here to win in the home state,” said Larson, who also won here in 2017. “Definitely wild, but cool to get a win here in California and hopefully get on a little streak.”

Larson’s victory wasn’t without some controversy. He and Hendrick Motorsports teammate Chase Elliott traded paint with 20 laps remaining. Larson was apologetic after the race.

“It happened, and I hate that it did,” he said. “I know they’re upset. But we’ll talk, and hopefully we’ll get on the same page. I would never run into my teammate or block him that aggressively and that late on purpose.”

Start every week with a Free Bet at BetMGM. Opt in to the Money Monday Club and receive a $10 Free Bet when you place a total of $50 in qualifying wagers during the previous week (Monday-Sunday). 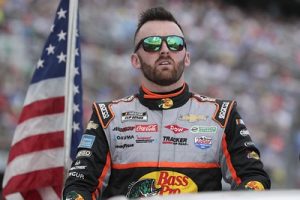 Chevrolet cars finished in the Top 4 spots last week and had six cars in the Top 10. This is the first year drivers are using new Next Gen cars, and there’s been a definite learning curve. Austin Dillon, who finished second at Fontana, said he’s depending on his crew to help him out.

“Just kind of learning the car myself and then communicating with Justin” (Alexander, crew chief), Dillon said. “We just made it better and better. We got a lot of great partners on this Dow Chevrolet.”

“The No. 43 FOCUS Factor Chevrolet definitely had it today,” Jones said. “It was a matter of getting up front and taking advantage of clean air, and we did that a couple of times.”

Get the Level Up Parlay Booster at Unibet. With these boosts, you decide what to add to your parlay, and all your winnings are 100% cash. Get up to a 50% Boost as many times as you want!

Others to Watch in Las Vegas 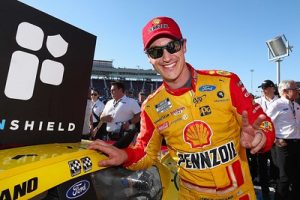 Ford cars also performed well in NASCAR races, with three spots in the Top 10 in the WISE Power 400. Joey Logano, who drives his Mustang for Team Penske, finished fifth at Fontana and said everyone is equal so far this year.

“We learned a lot and there’s a lot more to get better at,” Logano said. “Nobody is really good, that is what I figured out today. Nobody is good. We have work to do.”

Another driver to look at is Ryan Blaney, who is at +850. The Team Penske driver had a disappointing 18-place finish last week, but was fifth in both races at Las Vegas in 2021.

Sign up to wager at Twin Spires Sports, and you’ll get up to $100, risk-free, on your first sports bet. Bonus paid out in free bets. New customers only. 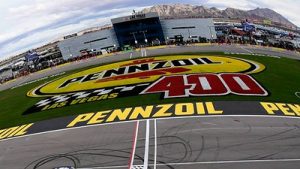 Las Vegas Motor Speedway is a 1.5-mile tri-oval with an asphalt racing surface. The track includes 20 degrees of banking in each turn and nine degrees on the front and backstretch.

Bet with your head, not over it! March is Problem Gambling Awareness Month. Click here for tips to keep gambling safe.