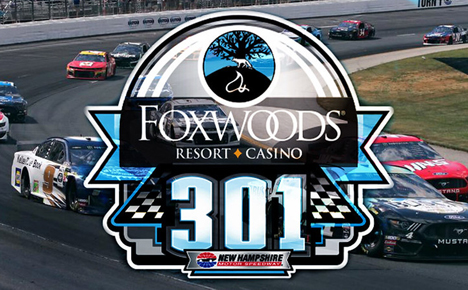 NASCAR visits its second one-mile flat track of the season this Sunday at the Foxwoods Resort Casino 301. Drivers will hit the New Hampshire Motor Speedway, with Kyle Larson a questionable favorite.

NASCAR visits its second one-mile flat track of the season this Sunday, July 18 when drivers hit the New Hampshire Motor Speedway for the Foxwoods Resort Casino 301. It’s the last race before the sport takes a two-week summer vacation, resuming August 8 at Watkins Glen International’s Go Bowling at the Glen.

Last year’s winner, Martin Truex Jr., isn’t favored to win this week, coming in at +625 at PointsBet. Truex finished seventh or better in his last six starts at the one-mile flat track. He also won at the other one-mile flat track used by NASCAR, taking the Cup Series race at Phoenix Raceway in March.

His victory at Phoenix snapped a 29-race winless streak. Truex, currently seventh in the Cup Series standings, followed that win with two more at Martinsville and Darlington. After Darlington in May, Truex said he was getting into a groove.

The last two races—Truex finished ninth and third—may be an indicator of what Truex could do in New Hampshire.

Bet on sports at Unibet.com, and you’ll get $20 free—no deposit—plus two $10 bets in your bet-slip. Your first cash bet is insured up to $250 back if you don’t hit a winner. 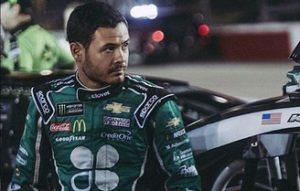 Oddsmakers have Kyle Larson the favorite to win the Foxwoods 301. The 28-year-old is fetching odds of +525. Though he’s the top pick, these are the highest odds Larson has had in five races.

The first half of the season, the Hendrick Motorsports driver was on a hot streak, coming in either first or second in nine races. But since then, he’s cooled off. In his last two outings, Larson finished 16th and 18th. Another stat to consider: he doesn’t have an impressive record at New Hampshire. In his last two races at the one-mile layout, Larson finished 33rd and 12th.

Currently, Larson is in a heated battle with Denny Hamlin for the lead in the Cup Series Championship. Though Hamlin hasn’t won this year, he’s still atop the standings, with Larson 10 points behind, and both rivals are gunning for the title.

“Yeah, we hate to give up points, but there’s still a lot of racing left before the playoffs start,” Larson said. “Obviously, it would be good to beat Denny and get those five extra. Really shooting for it. You can tell he’s really shooting for it, too.” 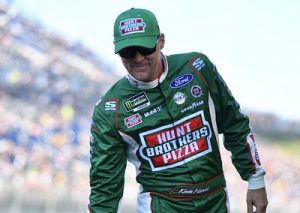 One mystery this season is why veteran Kevin Harvick is winless in Cup Series races in 2021. The 45-year-old has five Top 5 finishes, with a second-place finish at Kansas in May.

Harvick is anxious to break the streak, which dates back to September 2020. He’s listed at +1000 to win this Sunday.

“New Hampshire has been really good to us, and I think Rodney (Childers, crew chief) and I probably feel like we should have—could have—won them all,” Harvick said. “But it’s a racetrack that’s been really good for us from a performance standpoint, and from a confidence standpoint … We used a lot of the same things we’ve used in the past (to) make our car go around the corner. It’s been a great racetrack for us.”

Register a new account at WilliamHill.com. If you lose your first bet, you’ll earn a Free Bet of equal value up to $500!

DiBenedetto Geared Up for New Hampshire 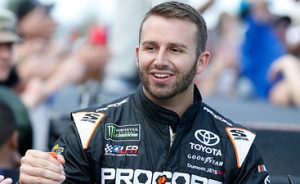 One driver still looking for his first Cup Series win is Matt DiBenedetto, who thinks New Hampshire could be the place for him to do it. He’s listed at +5000, and despite the long odds, has taken a liking to this track.

“I’m super-pumped to go to New Hampshire,” DiBenedetto said. “On a personal driving style side—it’s no secret, I’m pretty outspoken about it—I love the high-horsepower, low downforce races. They fit my style. I get the most excited to run them as well.”

“I grew up short track racing and such, and stock cars should be slip-sliding around and all the things that we do at New Hampshire, which makes it a really fun race.”

BetRivers.com is the home of the Parlay Profit Boost! Each Wednesday and Saturday get a 20% Boost for any 3+ Leg Parlay!

Always bet with your head, not above it. For the facts on safe, responsible, legal sports betting, read on.