HomeThe ShuffleNASCAR’s Back, Baseball’s Next. Will Other Sports Fall In Behind?

NASCAR’s Back, Baseball’s Next. Will Other Sports Fall In Behind? 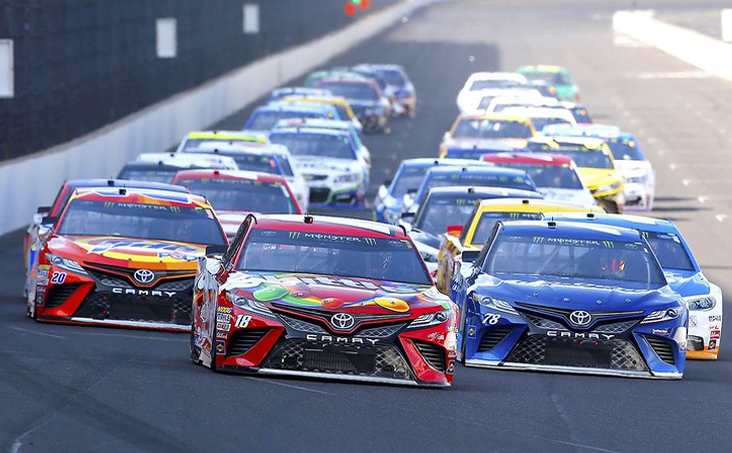 When will major-league U.S. sports return? Right now, it’s anyone’s bet, but here’s the word on the street.

Sportswriter Aaron McFarling summed up the feelings of every U.S. sports fan in his May 17 column on the return of NASCAR.

“A lot of people might say that sports don’t matter,” wrote McFarling in the Roanoke Times. “They’re wrong. If this is the time to dig in and believe what we want to believe, then I believe this: sports matter.

According to McFarling, the outcome of the race—Kevin Harvick’s win at Darlington Raceway—was inconsequential. The fact that they raced? “That was crucial.”

This is what it’s come to, sports fans: big, strong, testosterone-fueled sportswriters waxing poetic, even emotional, about the sports they love.

Don’t we all feel the same way? Sure, sports can divide us. If I love the Eagles and you’re a Giants fan, we may not break bread together, and we may even call each other some unprintable names. But sports also unite us. And as we’ve all discovered during the shutdown, we miss those bone-deep bonds and heartfelt alliances. We want a reason to cheer again. We even want a reason to boo again.

While nothing is certain in these uncertain times, here’s the latest on when major league sports might be back, in whatever truncated form.

According to ESPN, Major League Baseball could jumpstart the season by the 4th of July in what could look like “a military-style operation.” That means with “frequent” but not daily Covid-19 testing, disinfecting of baseballs, deep-cleaning of clubhouses and of course, playing without fans. Officials are contemplating a half-season plus expanded playoffs.

It’s a measure of how much we want this that Governors Gavin Newson of California and Andrew Cuomo of New York—perhaps the most visible and cautious leaders in the fight against Covid-19—have signaled their support for pro sports to return in their states.

Before the shutdown, the NBA had completed most of its regular season. But without an ending, it’s like a replay of the Heidi Bowl.

Remember? In 1968, the Oakland Raiders and New York Jets took it down to the wire in a game broadcast on NBC. The Raiders would need two last-minute TDs to win. In the final minutes, NBC broke away to show the kiddie film “Heidi.”

Even President Trump is hankering for some hoops. Earlier this week, he met with Houston Rockets owner Tilman Fertitta, who also owns the national restaurant chain Landry’s. Fertitta was there to talk federal assistance for big business. Trump kept asking about basketball.

Fertitta said the NBA has to make sure the virus “continues to go in the right direction in the next few weeks. I think if things keep going the way they’re going, the NBA … will make the decision to try to start the season up again.”

He and Trump agreed that the regular season should finish out first, before moving into the playoffs.

In a virtual meeting Monday, NHL Commissioner Gary Bettman confirmed that the league is considering “probably eight or nine different places” that can accommodate “a dozen or so teams in one location.”

“Do we complete the regular season when we’re given the opportunity?” Bettman asked. “Do we do an abbreviated regular season, because our competitive balance is so extraordinary, it’s hard to tell how the season would have ended? Do we go right to the playoffs and in what form?

“And if we’re not playing in front of fans, which at least in the short term seems likely, do we do it in a centralized location or locations? And if so, what places might be suitable from a Covid-19 standpoint in terms of the communities that you’re in and how big the outbreak is? And what is the availability of testing?”

Lots of questions, few firm answers. All of it, he said, “requires a collaboration with our medical advisers.”

Possible host cities include Las Vegas, Dallas, Toronto, Minneapolis St. Paul, Edmonton, Alberta and Vancouver, BC. Vegas could use the boost, and it has the T-Mobile Arena (with capacity for 20,000 people, it could easily fit zero). The St. Louis Blues want to host games at the Enterprise Center in St. Louis.

Home rink preferences aside, just one thing really matters, said Bettman. “We’d like to complete this season. We’d like to award the Stanley Cup.”

Now this is sounding official, and with any luck, it’ll play out as planned. The whole NFL preseason has been laid out here: www.nfl.com/schedules/2020

The first game will be played Thursday, August 6, Cowboys-Steelers in the Hall of Fame Game in Canton, Ohio.

On Saturday, August 22 at 8 p.m., Tom Brady could make his debut with the Tampa Bay Buccaneers, facing off against the Jacksonville Jaguars.

And on Friday, August 28, the first overall pick of the 2020 NFL Draft, Cincinnati Bengal Joe Burrow, and his team will meet the Atlanta Falcons. Kickoff is at 8 p.m. ET.