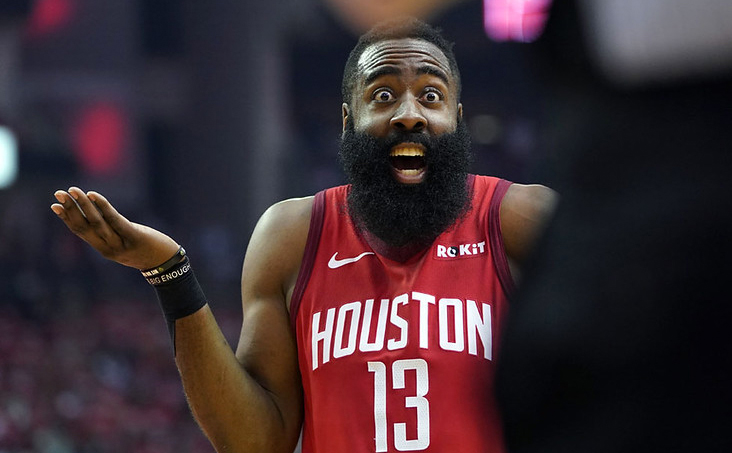 The James Harden trade saga. Head coaching changes. The effects of load management. Check out the biggest developing stories in the NBA, which will greatly affect how this basketball season plays out.

If anything is guaranteed in the NBA, it’s that there’ll always be drama—from disgruntled star players to historic team rivalries to family matters. iGaming Player takes a look at the NBA 2020-21 Season and how we expect it to play out.

The 2020-21 NBA season won’t be short in the drama department, so let’s dive into the year’s biggest storylines, which could affect the games and your betting wallet.

James Harden (above) is the latest NBA superstar to fall into the “grass-is-greener-on-the-other-side” mindset, as he’s requested a trade out of the Houston Rockets in less than discreet fashion. Harden’s been a Top 3 MVP candidate for four consecutive years, so where he lands could reset the landscape of the league, at least to an extent. Harden has only looked at teams near the top of their respective conferences, so whichever team gets him figures to be an immediate championship contender. If the Brooklyn Nets or Philadelphia 76ers (Harden’s reported top choices) win the sweepstakes, that team should at least make it to the NBA Finals. Keep an eye on the whereabouts of The Beard.

Single Game Parlays are now here for all NBA Games at PointsBet.com. Parlay the spread, over/under, player props, team points, and more! Be sure to get the PointsBet app to take advantage!

Every year, hoops fans reluctantly watch as their favorite players’ loads are managed late in games and on second nights of back-to-backs. As disappointing as this is to watch, the teams that do it effectively throughout the regular season find they have a better chance of winning the Larry O’Brien trophy. How will L.A. Lakers Coach Frank Vogel and his peers handle load-managing this season? The team that masters this art may just find itself handsomely rewarded. 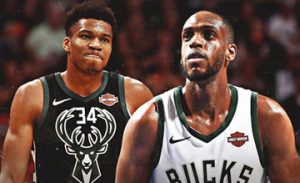 In the “superteam” era, it’s commonplace to find multiple superstar NBA players on the same team. But which superstar tandems can effectively play together toward a championship win? This season, there’s a good mix of returning superstar combos, such as LeBron James and Anthony Davis of the Lakers, L.A. Clippers stars Kawhi Leonard and Paul George, Giannis Antetokounmpo and Khris Middleton of the Milwaukee Bucks, and Damien Lillard and CJ McCollum of the Portland Trail Blazers.

New pairings include Kevin Durant and Kyrie Irving of the Brooklyn Nets, Russell Westbrook and Bradley Beal of the Washington Wizards, and Chris Paul and Devin Booker of the Phoenix Suns. Keep an eye on these partners to see how well they mesh within their systems. 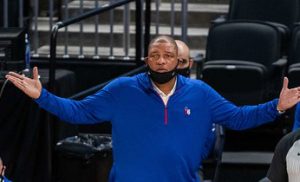 Some of the biggest head coaching names in the sport changed cities this off-season, and it’ll be interesting to see how they do with their new teams. Steve Nash of the Brooklyn Nets, Ty Lue of the Clippers, and Doc Rivers (l.) of the Sixers all find themselves heading the best rosters in the league. Each will have tremendous pressure to get the most out of their new squads, immediately. All should have a great impact on the playoff landscape.

Make your first real money deposit at WilliamHill.com, and get a Free Bet up to $500 Free Bet! This offer is for new players only.

After the NBA season was paused in March due to Covid-19, the league instituted its post-season bubble strategy. This season, it’s less realistic to stay in a bubble, as the full league is now playing, instead of just those eligible for the playoffs. The NFL has hit numerous bumps in the road this season regarding the virus, so it’s inevitable that the NBA will, too. Hopefully, this won’t affect players or teams too much, and we can get to the playoffs at the expected date.

Drama emerges every single day in this league. Stay tuned and think critically about what each storyline means for your bets. Paying a little attention is all it takes sometimes to get ahead of the game (and the lines). Good luck and enjoy the NBA 2020-21 Season and the New Year!