NBA 2nd Half: Teams to Watch 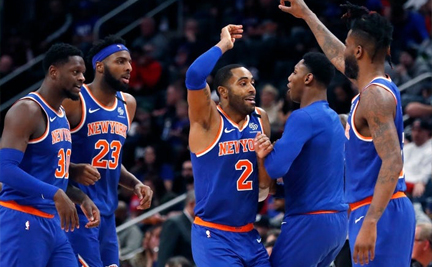 The NBA All-Star Weekend unofficially kicks off the season’s second half. Coming out of the break, let’s see which teams will rise to the top.

The NBA All-Star Weekend unofficially kicks off the season’s second half, in a 2020-21 season that’s already strange. The Utah Jazz are the best team in the league. And the Phoenix Suns and New York Knicks represent each conference’s fourth seed. Most of the Eastern Conference teams are within a game or two of each other. The All-Star break is a great time to step back and preview the NBA second half and the teams to watch heading into playoff season.

As the season resumes and the playoff push winds down, the cream of both leagues will rise to the top. Here are some teams to watch as the second half kicks off.

So far, the Knickerbockers have been the breakout story of the season. All-Star Julius Randle has made a huge talent leap, and RJ Barrett has stepped up his play too. With the emergence of rookie Immanuel Quickley, this team looks much different than it did just a year ago. Add in a trade for Derrick Rose, and New York fans are thinking playoffs.

Unfortunately, the Knicks’ sudden success will be hard to maintain. This is a very young team, with little to no playoff experience, and no veteran presence to guide them down the stretch. Not to mention, the Knicks may have played their best game before the break. Don’t expect the playoffs to return to Madison Square Garden just yet. 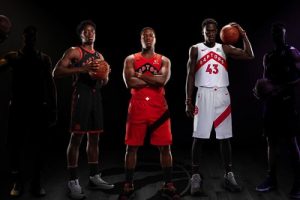 After a 7-12 start to the season, Coach Nick Nurse of the Toronto Raptors has gotten his team back in form. The Raps have won 10 of their last 15, and are back inside the Eastern Conference’s Top 8. Big-time scoring from Norvell Powell has sparked this team’s successful run, but the team’s been anchored by its Big 3: when all else fails, Toronto can always lean on Pascal Siakam, Kyle Lowry and Fred VanVleet to keep them afloat and that’s exactly what they’re going to need after the All Star break. These three have proven to be reliable in big-time moments. Toronto should finish as a middle seed in the playoffs, where it seems to belong this year.

(logo/link) Get a 20% profit boost every Monday at PlaySugarHouse.com! Use your Profit Boost on any basketball bet with odds -200 or greater! 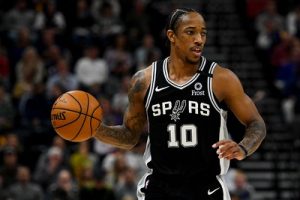 This is a very mediocre San Antonio Spurs team that has overachieved thus far this season. Head Coach Gregg Popovich has made another trademarked genius call by moving DeMar DeRozan to the power forward spot for this year while allowing the young wing Keldon Johnson to slide into the starting five. Both have been excellent so far in their roles, as has point guard Dejounte Murray. Averaging 16/7/7 doesn’t go unnoticed in any league, let alone the NBA. But for some reason, no one ever gives Murray any respect.

Regardless, this team just doesn’t have the total collection of talent they need to remain in the middle of the Western Conference playoff race. They should fall down to the eighth spot by year’s end, possibly even slipping out of the postseason altogether.

(logo/link) Don’t miss Golden Lines every day at GoldenNuggetCasino.com. Golden Lines can boost your odds on sporting events. Available across all bet types and sports. 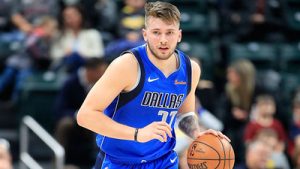 Luka Doncic is phenomenal this season. He’s averaging 29/9/8, but often getting much more in all three categories. But the Dallas Mavericks have a problem: no one’s helping this young superstar. Other than Kristaps Porzingis, who’s missed about half the adolescent season, and Tim Hardaway, who’s only started half the games, this team doesn’t have above a 13-point-per-game scorer. The team is struggling mightily with inconsistency problems. Mark Cuban and Co. better figure out a way to better construct this roster at the trade deadline/buyout season, or this could be another wasted season in Doncic’s career.

That said, the Mavs aren’t too far off. If they can stay healthy, they’re probably a move or two away from being right in the thick of the West. This team could turn it around and finish as a six to eight seed. 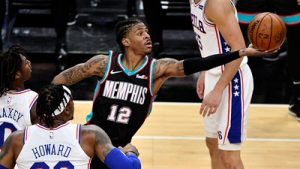 The Memphis Grizzlies have also been bitten by the injury bug a lot this season. Superstar point guard and reigning Rookie of the Year Ja Morant started the season by missing a chunk of games. The Robin to his Batman, Jaren Jackson Jr., has missed the entire year so far, recovering from a torn meniscus, but should be returning very soon. Starting center Jonas Valanciunas has also missed a couple of recent games. And a couple of key bench players, De’Anthony Melton and Justise Winslow, have been out for periods as well.

(logo/link) Place a single game parlay bet with 4+ legs on any NBA game and get back up to $25 if exactly 1 leg fails. Up to 1 free bet refunded each day at PointsBet.com. 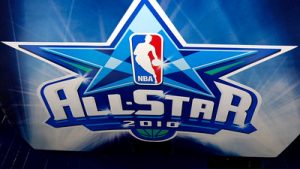 While this brutal run of injuries has been taxing on this young squad, everyone seems to be returning after the All-Star Break. This team has a lot of room for improvement, but it’s young and overflowing with potential. Expect a turnaround and, eventually, a postseason appearance.

The first half of the 2020-21 NBA season has been exciting and chaotic. The NBA second half promises more dramatics with some impressive teams to watch. With more than 16 playoff-caliber teams this season, the push in late spring shouldn’t lack for thrills. Keep a constant eye out for new developments, especially around the trade deadline and buyout season. Good luck!

For a complete rundown of pre-game events, click here.

Betting the NBA? Get on the ball with these storylines from iGamingPlayer.