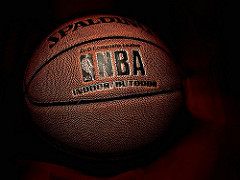 Last week, the NBA came up with yet another supposed justification for the fee, when a vice president for the league told a West Virginia radio news program that the reason for the fee is once again integrity, based on the assumption that more people would wager on sports if the wagering were legal.

“The league is going to incur significant additional expenditures to best protect the integrity of our game as sports betting becomes more widespread, so the fee would go in part to pay those fees,” said Scott Kaufman-Ross, vice president of fantasy and gaming for the NBA, in an appearance on the MetroNews network’s Talkline program.

In West Virginia, lawmakers of both parties said no changes are needed for SB451, which Governor Jim Justice recently signed into law. The measure would allow sports betting at the state’s four racetracks and the casino at the Greenbrier Resort (owned by Justice) if the U.S. Supreme Court lifts the federal ban. However, the legislation did not include the 1 percent integrity tax promoted by the National Basketball Association and Major League Baseball. Justice said wants to pursue an integrity tax for a lesser amount and “absolutely” will call a special session to address the issue.

Justice said, “After the U.S. Supreme Court issues its decision on sports wagering, to address any provisions of the legislation that might be in conflict, I will ask the legislature to look at the advantages of partnering with the major sports leagues. I believe there could be real value to this partnership. This approach will allow us to develop a relationship with all the major sports leagues so that it is beneficial to everyone.” Justice added West Virginia’s sports betting law could become “model legislation that the entire country can use and duplicate.”

No other state has included the integrity tax in sports betting legislation. The leagues claim the tax revenue would help them to monitor their games for corruption and to maintain the integrity of their sports.

State Delegate Shawn Fluharty, the bill’s sponsor, said, “It was two years in the making to see it come full circle. By building the interest since I first introduced it, we were able to get everyone on board and gather bi-partisan support. It passed the House with 77 votes. We do not need a special session, nor do we need changes. The governor is being pressured by the leagues to include an integrity fee. It is absurd to think we will send money out of West Virginia and to billionaire leagues. There’s no support in the legislature for it. If anything, an integrity fee should go directly to our universities, and not out of state leagues.”

State Senate Majority Leader Ryan Ferns added, “There is zero interest in integrity fees or anything else associated with professional sports in the legislature. I think major league sports were late to the game. The sports organizations recognize and admit that there is hundreds of millions of dollars in illegal betting taking place right now. Whether that betting is legal or illegal, major league sports should already be protecting the integrity of the game regardless of how the bets are being placed.”

Under the legislation, casinos would direct 10 percent of net profits from sports betting to the state. Nevada currently collects 16 percent.

In leaving the door open to future discussion of a fee, many West Virginia lawmakers mentioned a much smaller potential fee—possible as low as 0.25 percent, instead of 1 percent.

It’s something that West Virginia Governor Jim Justice may consider, after he issued a press release saying he would sign the sports betting bill in which he promoted “partnering” with the leagues on sports wagering. In the end, Justice did not sign the bill, but it became law nonetheless.

“After the U.S. Supreme Court issues its decision on sports wagering, to address any provisions of the legislation that might be in conflict, I will ask the legislature to look at the advantages of partnering with the major sports leagues,” Justice said in the press statement. “I believe there could be real value to this partnership. I expect the Supreme Court to rule on this issue in the next few months.

“This approach will allow us to develop a relationship with all the major sports leagues so that it is beneficial to everyone.”

Meanwhile, Maryland has become the latest state to consider legislation to regulate sports betting should the federal ban be lifted. The Maryland House of Delegates overwhelmingly passed a bill that would put the sports betting issue in the hands of voters. HB 1014 would create a referendum for November’s statewide ballot to create a constitutional amendment “to provide for the operation, regulation, and disposition of proceeds of sports wagering in the state.”

The bill would allow for sports books at existing Maryland casinos and racetracks. A parallel bill in the state Senate would limit sports betting at racetracks.

Rep. Frank Turner, a Democratic sponsor of the bill, told the Baltimore Sun that the amendment would target sports betting revenues for education. “We specifically want any money from sports betting to go to the Education Trust Fund,” he said.

The bill does not address whether or not online wagering on sports would be permitted.

The U.S. Supreme Court is expected to rule as early as next month on Murphy (formerly Christie) v. NCAA, the lawsuit brought by all the major sports leagues to block New Jersey’s sports betting law. New Jersey’s lawyers have argued that PASPA, on which the lower-court rulings held for the leagues, is unconstitutional. The court could partially or totally repeal PASPA. There also are bills in the U.S. Congress to repeal the federal ban, implemented in 1992.

In Illinois, five sports betting bills are in committee. State Senator and chairman of the Senate Gaming Committee Steve Stadelman said, “Some of the bigger issues and questions that we’ll have to discuss is, obviously, the tax rate. What venues would be allowed to have sports betting? For example, casinos, racetracks? Would it be offered online? Would it be offered in a retail environment?”

One of the bills in the Senate Gaming Committee, SB 3432, was introduced by state Senator Napoleon Harris III, a former NFL linebacker. The legislation includes the integrity fee. Although lawmakers are divided on the issue, Stadelman noted, “I don’t want to be debating a year or two down the road while something’s being allowed in other states. I don’t think that’s to our advantage in Illinois.” He said although a tax rate hasn’t been determined, his legislation estimates sports betting would generate $7 billion a year, with $23.8 million going to the state.