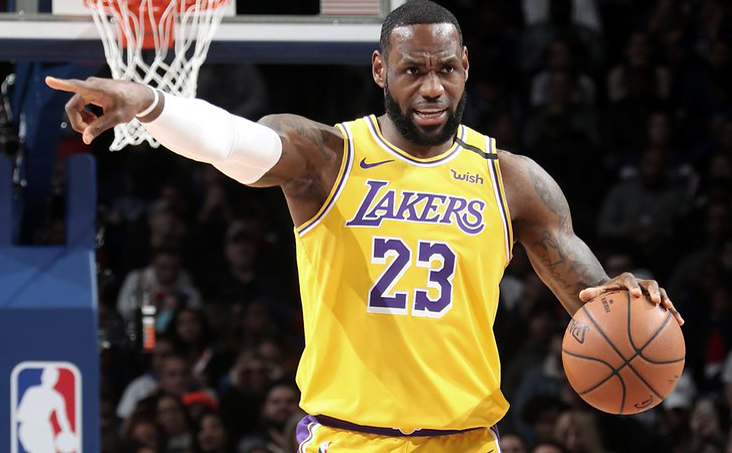 The 2020 NBA Finals will officially feature the Los Angeles Lakers and Miami Heat. Let’s look at the biggest storylines heading into the bubble’s first and only final.

The popular picks were the Milwaukee Bucks and Toronto Raptors, and frankly, no one thought the Miami Heat had a chance. But the dust has finally settled, and these two teams—the Lakers and the Heat—despite vastly different paths, find themselves just four games away from immortality.

Let’s take a look at some of the biggest factors that determine who lifts the Larry O’Brien trophy.

It’s a double bonus for sports bettors. Place an In-Play Bet on any NBA Finals Game, and you’ll get a 100% Matched In-Play Free Bet up to $25 from PointsBet.com!

LeBron James is arguably the greatest (or second greatest) basketball player of all time, depending on how you look at it. He’s now appeared in 10 NBA Finals and is always a different player late in the playoffs. After concluding the Western Conference Finals with a line of 38-16-10, King James has made yet another clear statement about his ranking.

If he continues to play like the best player in the world through the series, the rest of this list will most likely be irrelevant. LeBron will have his fourth ring and the Finals MVP.

Kentucky-bred rookie guard Tyler Herro (l.) has had a lot to say this year when it comes to the success of the Miami Heat, and especially recently. The long-range sniper averaged 19 points a game off the bench in the Eastern Conference Finals, an achievement that’s almost unheard-of among 20-year-olds. His spark off the bench was a huge reason Miami defeated the Boston Celtics four out of six times and took the Eastern Conference crown. If Herro keeps up this scoring boost to lead Miami’s second unit, he could pose huge matchup problems for the Lakers.

One of the most important adjustments of the playoffs so far has been, not by a player, but by L.A. head coach Frank Vogel. After watching Denver Nuggets center Nikola Jokic tear his team apart the entire beginning of the series, Vogel decided to move Dwight Howard into the starting lineup mid-way to match up with him. Howard has enjoyed a huge bounce-back season and stayed on a roll once he was inserted into the starting group. He kept Jokic in foul trouble and bothered a lot of his shots inside. This was a huge reason L.A. was able to nip Denver’s comeback attempt in the bud and advance in just five games. A big-time coaching adjustment like this will inevitably need to be made in order to secure this year’s title, and with Vogel matching up against Miami coach Erik Spoelstra, at least one of the two can be counted on to make such a strategic move.

Miami starts two of the three best LeBron defenders in the league in Jimmy Butler and Jae Crowder. The two have had a history of success subduing James, and will need to do exactly that in order to have a chance at this year’s title. They’ll spend almost all of each game guarding the 35-year-old, likely leading to some interesting staggered lineups from the aforementioned Spoelstra. Seven of the last eight Finals MVPs have gone to either LeBron or the player matched up against him, including Andre Iguodala, who’s on Miami’s bench. Slowing down the forward-turned-point guard will be a very tough task, but one essential to Miami’s chances in this series. Keep an eye on this defensive matchup.

This should be a great series full of big names and plenty of storylines. But put your money on Los Angeles to win. The Lakers are simply much more talented, and they’re playing to honor one of the game’s all-time greats in Kobe Bryant. Let’s enjoy the culmination of one of the most exciting NBA playoffs in recent history. Have fun watching and good luck.