HomeThe ShuffleNBA: How the Harden Trade Affects Your Betting Strategy

NBA: How the Harden Trade Affects Your Betting Strategy 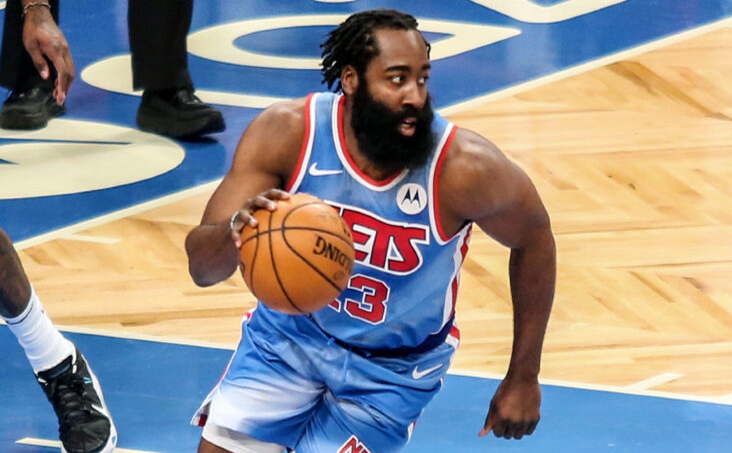 A mega-trade centered around NBA star guard James Harden has shaken up the league. How will the Harden trade affect the Rockets, the Nets and other teams’ playoff chances—and your online bets?

The long-awaited, highly anticipated trade of NBA shooting guard James Harden from the Houston Rockets to the Brooklyn Nets has finally happened, and 13% of the league was ultimately involved.

The main headline from this deal is the creation of a new “Big 3” in Brooklyn. Beyond that, a trio of other NBA teams also picked up new assets that will change their respective seasons.

Let’s see how each team did in the NBA trade, how their stock will change as a result, and how it all informs your online bets and strategy.

Get the NBA odds, minute by minute, at WilliamHill.com. While you’re at it, new online players qualify for a Free Bet, equal in value up to $500!

This trade instantly created one of the most talented (and expensive) starting 5 lineups of all time: Kyrie Irving, Harden, Joe Harris, Kevin Durant, and DeAndre Jordan.

How to Bet The Nets: For now, expect the Brooklyn Nets to win a lot of games, but also have a tough time covering spreads. Go moneyline with the Nets, or look for big spreads for their opponents to pounce on.

Trading one of the greatest players in NBA history is always going to hurt a team. Even so, the Houston Rockets did very well here. A surplus of draft picks will help them jump-start their rebuild, and the talent is there. In the starting shooting-guard spot, Victor Oladipo is a very capable replacement for Harden. And Exum/Kurucs provide solid depth.

How to Bet the Rockets: For the reasons listed above, Houston looks like a playoff team, if a team on the lower tier. Though you can expect the Rockets to win plenty of games on the way to the post-season, but the team will probably be very inconsistent, especially with spreads. Be very careful betting on or against the Rockets this season.

The Indiana Pacers kept it simple in this trade. They got rid of the disgruntled Victor Oladipo, and brought back a player with a similar skill-set in Caris LeVert. LeVert is a better fit, and a definite win for a team hanging around the middle of the Eastern Conference’s playoff seeding. An MRI during the trade process uncovered a small mass on LeVert’s kidney, but the team is confident that he’ll be back soon and able to galvanize the team.

How to Bet the Pacers: The Pacers are a sneaky bunch. They’ve been outperforming expectations so far, and should continue to do so. You can rely on this team to cover spreads, before and after LeVert’s return.

The Cleveland Cavaliers swooped in last-minute to make the steal of the NBA trade. They got the best center of the future in Jarrett Allen, who will pair with the up-and-coming backcourt of Darius Garland and Collin Sexton. Another trade seems to be coming now that the team’s best player, Andre Drummond, suddenly faces competition at the center position. That trade will bring new expectations.

How to Bet the Cavs: Meanwhile, expect the Cavs to cover a lot of underdog spreads. Their young players are firing on all cylinders right now.

Single Game Parlays are available for all NBA games at PointsBet.com. Parlay items such as the spread, over/under, player props, team points, and more.

The NBA trade has already made an immediate impact on the league, an impact that could be felt for years to come (at least 2027). So keep an eye on all these teams. Wait a few games, until they hit their stride with the new players. but monitor them from a betting standpoint. Good luck, and don’t forget to always check that injury report before pressing “place bet.”

For more tips on how to bet the NBA season, see https://www.igamingplayer.com/2020-21-nba-betting-guide/