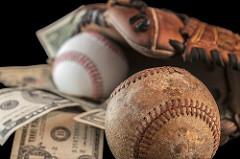 Annual revenues for Major League Baseball (MLB) and the National Basketball Association (NBA) may increase by $1.1 billion and $585 million, respectively, due to widely available, legal, regulated sports betting, according to a new Nielsen Sports study commissioned by the American Gaming Association (AGA).

The study analyzes the revenue streams that legal sports betting could generate for both professional leagues: revenue as a result of spending from betting operators on advertising, data and sponsorship, and revenue generated as a result of increased consumption of the leagues’ media and products.

According to Nielsen Sports, greater fan engagement and viewership could boost the two leagues’ total annual revenue from media rights, sponsorships, merchandise and ticket sales, producing $952 million for MLB and $425 million for the NBA from increased consumption of the leagues’ products.

AGA recently released revenue projections for the NFL and NHL, showing that those leagues and teams stand to gain $2.3 billion and $216 million, respectively, from widely available, legal, regulated sports betting.

To quantify the value of a legal sports betting market to the NBA and MLB, Nielsen Sports surveyed more than 1,000 adult sports fans – including NBA and MLB fans – and self-identified sports bettors nationwide to model how a national, legal sports betting market would affect the sports consumption habits of non-bettors, casual bettors and avid bettors, and how this change in consumption would translate to increased revenue.