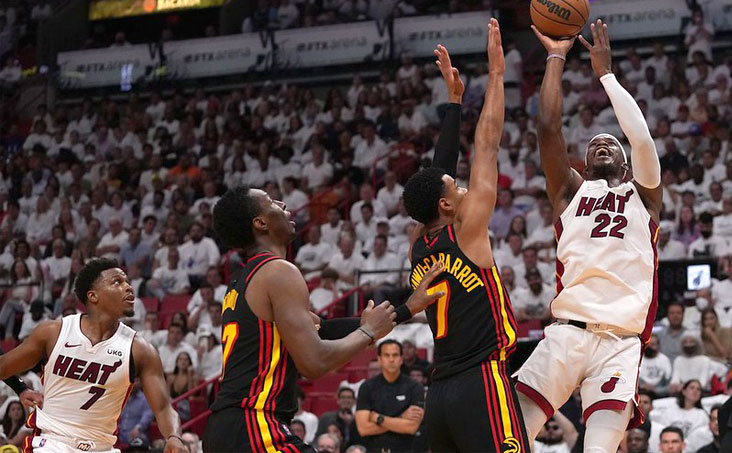 With the opening round of the NBA playoffs underway, there’s still good value to be found in series markets.

After a few days of NBA playoff action, it’s already clear which team will advance in most of the opening series.

As a result, there won’t be much value in betting the series straight-up for one side or the other to advance.

The way to attack the series is instead through the exact series score options. Here you can predict what the final score of each series will be in terms of games won by each side, and the odds are much more favorable.

There’s a good mix of mismatches and tough battles in the first round of these playoffs. However you see these matchups going, it is worth checking out the lines for the exact series score.

Here’s a prediction for every first-round series: 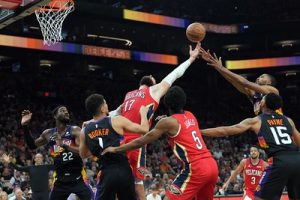 No. 1 Phoenix Suns vs. No. 8 New Orleans Pelicans

The Phoenix Suns have dominated inferior opponents all season long on their way to the clear best record in the NBA. Unfortunately for New Orleans Pelicans fans, that’s just what this team is—an inferior opponent.

The Suns coasted to a double-digit victory in the opening round of the series and does not appear likely to let the foot off the gas against the Zion Williamson-less Pelicans. This series should go the minimum, five games tops. 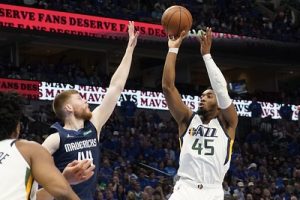 The first two games of this series were both decided by just six points, with each team taking one game apiece. You can expect more of these tight games as the series transitions over to Salt Lake City, with this likely being one of the best series in the first round.

The Dallas Mavericks and Utah Jazz will probably split the two games in Utah and then face a best-of-three from there. At that point, the Mavs would be home for two of those final three games and probably have Luka Doncic back by then, giving them the slight edge. This series could mark the beginning of the end for this Jazz roster. Dallas winning 4-3 is +400.

No. 3 Golden State Warriors vs. No. 6 Denver Nuggets

The Golden State Warriors embarrassed the Denver Nuggets in the first two games in Golden State. These two teams are clearly not on the same level, especially considering Steph Curry is still recovering from injury and not even starting yet.

Denver should be able to salvage a home win, but that’s about it. This should be a quick series in what could be another deep Golden State postseason run. Golden State to win 4-1 is at +150.

No. 2 Memphis Grizzlies vs. No. 7 Minnesota Timberwolves 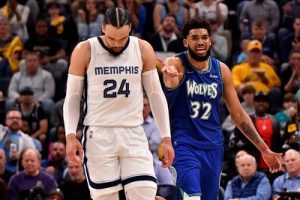 The Minnesota Timberwolves shocked the Memphis crowd and quieted the Memphis Grizzlies’ notorious trash talk by stealing Game 1 on the road. Star guard Ja Morant has done nothing but voice his confidence in his team to advance to the second round since the opening game. He may have good reason to do so, as his team isn’t just talented, but also very deep.

This bodes well for a long playoff series, which this one should become. The Grizzlies should take Game 2 at home and catch some fire from there. After probably dropping one more in Minnesota, the young Memphis squad should be able to advance on to play Golden State in the second round. Memphis to win 4-2 is at +400.

At PointsBet get $20+ on a 3+ leg Same Game Parlay on any Round 1 NBA Playoff game and get a $20 Free Bet to use on any NBA market during Round 1 of the NBA Playoffs! 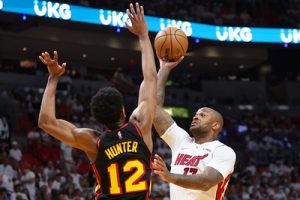 The Miami Heat lived up to the team name in Game 1, dominating the Atlanta Hawks on both sides of the ball. Like a few other first-round series, this one appears to be a mismatch.

I’ll give some respect to an Atlanta team that made the Eastern Conference Finals a year ago and predict a home win for them, but no more. The Heat should make quick work of the Hawks. Miami to win 4-1 is at +170.

No. 4 Philadelphia 76ers vs. No. 5 Toronto Raptors 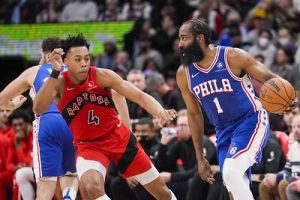 Not only have the Philadelphia 76ers dominated the Toronto Raptors in the first two games of this series, but the Raptors are also now banged up for the rest of this series. Scottie Barnes is nursing a sprained ankle that forced him to miss Game 2 and Gary Trent Jr. is recovering from an illness that caused him to leave Game 2 early.

Philadelphia will, be without defensive standout Matisse Thybulle for any games in Toronto, as he’s not fully Covid-vaccinated. The 76ers just look far superior to Toronto and Thybulle’s absence off the bench doesn’t seem to open enough of a window for the Raptors to make a run.

This should be another quick series. Philadelphia to win 4-0 is at +210.

It’s always time to celebrate at BetMGM when the Philadelphia 76ers advance in the playoffs. Now, you can add to that excitement with Free Bets! Wager at least $50 on any Sixers first-round playoff game. You’ll get a $10 Free Bet for Round 2!

No. 3 Milwaukee Bucks vs. No. 6 Chicago Bulls 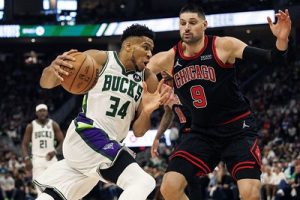 The Chicago Bulls have had an absolutely horrible season against the top teams in each conference, which does not bode well for them considering they have drawn the defending NBA champs in the first round of these playoffs.

While the Bulls are a talented team, they can’t seem to rise to the occasion in big games and therefore appear to be headed towards a quick exit. It may just be quicker than you think. Milwaukee to win 4-0 is at +170.

No. 2 Boston Celtics vs. No. 7 Brooklyn Nets

The Boston Celtics were able to take the early advantage in this series behind a buzzer-beating spinning layup by Jayson Tatum. This was easily the most exciting game so far in these playoffs and even more are going to come in the next several matchups of this series.

The Brooklyn Nets did look strong on the road and almost had a statement victory. They also expect to finally have a debut from Ben Simmons at some point in this series, which would make this team even stronger.

In what should definitely go the distance, Brooklyn will ultimately prove to be just too talented for Boston. Nets to win 4-3 is at +450.