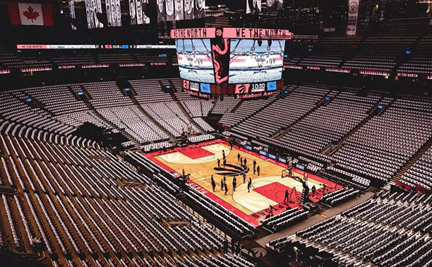 Every NBA Playoff series is one game in. Let’s see how each team did and what it means for them moving forward.

We’ve now seen each of the 16 playoff teams’ first efforts, and there were lots of surprises. It seems to be a bad year to be a 1 seed, as the 8 seeds have been in playoff mode for the whole bubble restart. Maybe this is a trend for this year’s run at the NBA Finals.

But first things first. Here’s a brief post-mortem on each series’ Game 1.

The Ben Simmons-less Sixers gave the C’s a run for their money in Game 1, but ultimately just didn’t have enough firepower to outduel the Jayson Tatum/Jaylen Brown duo from Boston. The Celtics did lose forward Gordon Hayward for the next month, but that shouldn’t be a big enough blow to give the Sixers the edge back. Unless Joel Embiid starts posting prime Shaq numbers, expect more of the same results in this series. 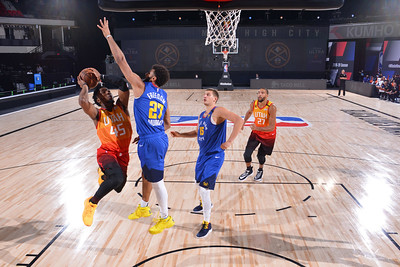 Arguably the most exciting game to watch so far in the playoffs, this 3-6 matchup had everything a fan could want. First and foremost, Donovan Mitchell had the third most points ever in a playoff game (57), to go along with 9 rebounds and 7 assists. Jamal Murray of Denver countered with 36, 5 and 9 of his own to lead his team to the hard-fought victory in the extra period. This should be one of the most back-and-forth series in the first round, but the edge should remain with the Mile High City.

This series is going to end as an absolute humiliation for Brooklyn. Toronto began the game and the series on a 10-2 run and will never look back. This one should be over in the minimum of four games, with the defending champs moving on to face Boston.

Despite a jaw-dropping 42-9-7 performance from Dallas’ Luka Doncic, the biggest story from game 1 was the suspect call on the first of two technical fouls on Kristaps Porzingis that led to his ejection early in the second half. With Porzingis back for the remainder of the series, Dallas might have a better chance of stealing the series than people think. They still only lost by 8 points, due in large part to late-game fouling. This series should go to six or seven games, but the superstar tandem of Kawhi Leonard and Paul George for L.A. will ultimately be enough to get the Clippers through to the conference semis. (P.S. The Clippers are undefeated in the third quarter since entering the bubble. Keep an eye on those spreads!) 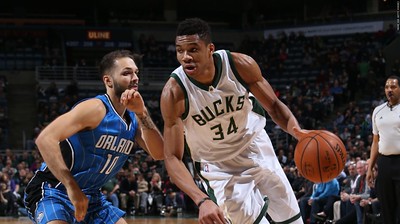 In the first of two shockers on Tuesday, Orlando defended its home turf in the bubble as the team dispatched Giannis Antetokounmpo and the East-favorite Bucks in game 1. 35 points and 14 boards from Nikola Vucevic were just too much for the Milwaukee frontcourt. If Vucevic can continue at this pace, the Magic could actually give the Bucks a run for their money right away in round one. Expect reality to set in, even at Disney World, and Milwaukee to turn it around and take this series in five or six games.

In a very back-and-forth affair, Miami was able to take the first installment of what should be a very fun series. It was Jimmy Butler time once again in the fourth quarter, as he made plenty of key plays along the way en route to 28 points and his first playoff victory since game 6 of the Eastern Conference semis with Philly last summer. Indiana has been very hot, especially since the emergence of walking bucket TJ Warren. Miami is the better team with better shooting, however, which usually gets it done in the playoffs.

This should be another very exciting first-round series, despite the not-so-exciting first game. Houston led the entire way, and often by around 20 points, as they were able to coast to this one behind a not-so-surprising offensive onslaught from James Harden (37 points). This is a series I see going to seven games, but the Harden-Westbrook duo is not matched from OKC and this will ultimately give them the edge in this one.

Your first sports bet at ResortsCasino.com will be matched up to $250. Just sign up and make a deposit to cash in. 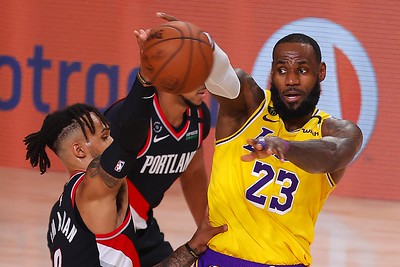 Finally, the series everyone is talking about. It officially is, has been, and always will be Dame Time. Damian Lillard is doing his best to enter the Top 5 conversation among all NBA players, as he’s playing possessed right now. Lillard is a man on a mission, refusing to let his team be eliminated, even against the title favorite Lakers. He put in another 34, 5 and 5 Tuesday night including a logo 3 to give his team the lead late in the 4th quarter. And the craziest part about it all is that despite all that, the Lakers should still have a relatively easy time emerging to the second round. I really hope everyone hasn’t forgotten what LeBron James is capable of in the playoffs, especially with a guy like Anthony Davis next to him. Lakers in 6.

Look for the most exciting NBA playoffs in some time. As if there already isn’t the most parity the league’s seen in a decade, the lack of fan attendance (aka home court advantage) should even the playing field even more so. Enjoy and stay glued to those live bets!

Drinking from the Cu