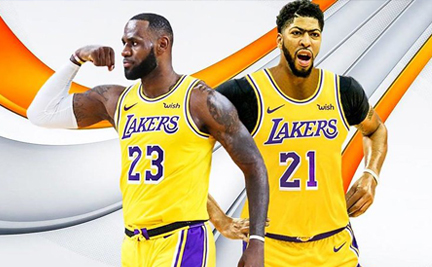 Six teams are still standing in the NBA Western Conference playoff series. Let’s see the ingredients each team needs to make it through to the championship.

In the NBA Western Conference, two first-round series have been decided and two are up in the air. But each team’s true colors are shining.

Unlike the Eastern Conference’s first round matchups, every series in the West has been exciting, one way or the other. Let’s take a look at what each remaining playoff team in the West will need to make an NBA Finals run.

This year’s iteration of “Playoff Bron” is a different one than we’re used to seeing. LeBron James usually averages about 40 points a game in the playoffs, as he plays a lot of iso ball and usually can pretty easily take his man to the rim and get a bucket.

This year, his role has been that of the point man for his team, and he’s thrived. James led the league in assists during the regular season (because what else) and has shown no change in play style since the playoffs began.

Pair LeBron’s dual threat offensive dominance with one of, if not the best big man in the NBA in Anthony Davis, and you’ve got what a lot of basketball fans would simply call a problem. If the Lakers’ star duo can peak at the right time, it’s incredibly difficult to see another team beating them in a 7-game series.

This LA Clippers team came into this season looking like one of the scariest defensive squads the league’s ever seen. Unfortunately, they finished the season tied with the Chicago Bulls’ rebuilding program for 14th best in opponent points per game (109.9).

When you have three players all in the running for defensive player of the year in addition to Montrezl Harrell, who averages a block and a half per game, you should hold teams under 100 every night. While this may be unrealistic in the regular season, it can’t be in the playoffs if this team wants to win a championship. I’m not sold on the little brother LA team. Maybe the reigning Finals MVP will have something to say about that. 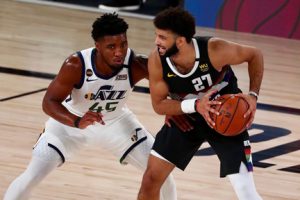 Not much needs to be said here. Jamal Murray has turned superhuman since the playoffs got under way, and is arguably the only reason his team is still alive. Coming off a second 50-point performance of the series, this time to force a decisive game 7, Jamal is most likely the hottest player in the league right now. This is not something to take lightly, especially in the playoffs.

This Denver team is a very good one, but right now it’s the Jamal Murray Show. He needs to put on a show every night for his team to stay alive.

One unexpected factor of the 2020 Houston Rockets has been its tough defense. James Harden is often criticized for his lackluster defense, but he turned that criticism into a season in which he led the league in steals.

His teammate Robert Covington also finished in the Top 3, and these two have made this team a force to be reckoned with on both sides of the ball. We know what the Harden/Westbrook duo is capable of offensively, so it’s been nice to see this team step up on the defensive side as well. They’ll need to really clamp up in order to not only finish off this OKC series, but also to even have a chance in the next round against the Lakers.

Despite strong contributions from starting 4/5 Danilo Gallinari and Steven Adams all year, this team only goes as far as its guard tandem takes it. Chris Paul, Dennis Schroeder and Shai Gilgeous-Alexander have been a three-headed snake to steer clear of this year.

And since the first round has begun, rookie Lu Dort has emerged as equally as important due to his stifling defense on the usually unguardable James Harden. These four have been OKC’s saving grace in this series, giving them a chance to stay alive to see another day. They need to all be incredible on a consistent basis for this team to have a chance at a title run.

Yes, this is exactly what I said about the Denver Nuggets and Jamal Murray. But this series has honestly seemed at times like a 1-on-1 game, as many Twitter users have been dreaming of to take the place of game 7. In this series, Murray and Donovan Mitchell have joined Michael Jordan and Allen Iverson as the only players ever to score 50 points in multiple games of the same series. We are truly witnessing greatness, and it seems like whichever of the two has the better game wins the game for their team. That may just be the case again in game 7, in which case Mitchell needs to rise to the occasion.

The Western Conference playoffs have already been an absolute blast to watch, and don’t expect that to change any time soon. Every team truly deserves to be in the playoffs and are doing their very best to show it. While it may make betting the games a little bit more difficult, it just makes it more of a challenge. So pay attention to the trends of these games and stay on those live lines! Good luck!