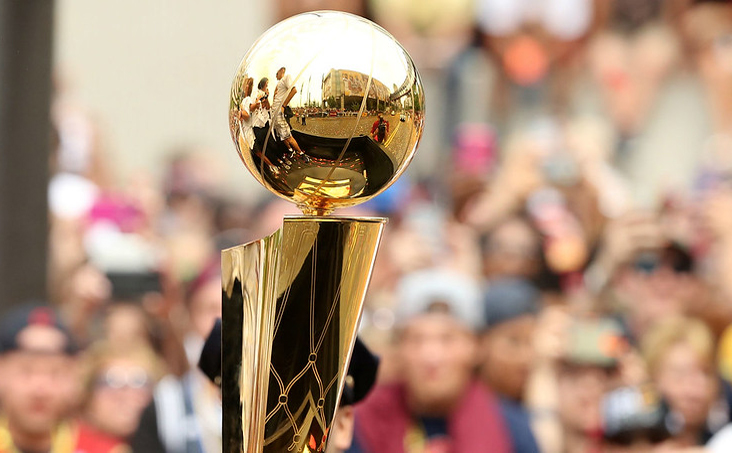 Which NBA teams will make it all the way to the championship? Who’s going to walk away with that beautiful trophy? We look at the remaining Eastern Conference playoff teams’ chances.

In the NBA Eastern Conference, with three first round series decided and one still up in the air, it’s clear by now how each team plans to play moving forward.

With three sweeps, the one unfinished series looks all but finished. Let’s take a look at what each remaining playoff team needs to make an NBA Finals run. 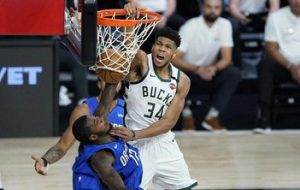 This is probably one of the most obvious of the list. Everyone knew all season this team would only make it as far as Giannis Antetokounmpo’s teammates would take it, since Giannis is always going to Giannis.

It became even more evident in this series. In a Game 1 loss to Orlando, Giannis had a monstrous 31-17-7 game, while the rest of his teammates averaged a little over 7 points (79 total).

Ever since, the bench has been much more helpful. They’re back to their 3-point draining ways en route to three straight victories, on the brink of moving on to the conference semi’s. When they’re on, it’s hard to see another team in the East or even the entire league beating them in a 7-game series.

Just one year after losing Finals MVP Kawhi Leonard, the Raptors look just as likely to make a deep playoff run. This is largely in part to NBA Coach of the Year Nick Nurse pulling all the right strings, including the use of his bench.

The trio of Serge Ibaka, Norman Powell and Terence Davis in the second unit has proven to be vital to the team’s success this season. It seems like anyone Nurse throws out there can either get him an easy bucket or lock up the opponent’s best player. Kyle Lowry, Pascal Siakam and Fred VanVleet are going to continue to give you about 60 points a night, so it’s up to this team’s depth to bring them back to the NBA Finals.

In my opinion, this team is a dark horse pick to win it all (no idea why). Stop sleeping on Toronto!

It’s no secret that Jayson Tatum and Jaylen Brown are one of the best wing duos in the league. They both stood out in their first round sweep of the Philadelphia 76ers, and they’ll need to do so again to escape Toronto and get to the Eastern Conference Finals.

The Raptors’ biggest weakness is size and defense at the wing spot (aside from starting SF OG Anunoby), so the C’s should definitely be able to steal a couple games solely off great performances from these two. Will they be able to keep that up for four games?

All year, the Heat have been led by Jimmy Butler, who’s thrived as a leader/No. 1 option while not needing to shoot as many 3s. This is due to the high-volume shooting nature of his teammates. Miami is crawling with shooters, and the shots will need to continue falling at a high clip for the Heat to make it past Milwaukee (assuming they move on) and eventually to the Finals.

Guys like Tyler Herro, Duncan Robinson, Goran Dragic and Jae Crowder will need to step up and keep knocking down the 3 ball if Miami’s going to have a chance.

For first-time sports bettors, CaesarsCasino.com offers a first-match deposit of up to $300 and a $10 free bonus, zero deposit required. Start playing today!

In their shocking Game 1 blowout of Milwaukee, the Magic’s guard group of Markelle Fultz/Evan Fournier (starters) and DJ Augustin/Terrence Ross (reserves) combined for 53 points, while all receiving 23+ minutes of playing time.

Their production has decreased in three consecutive losses, and they’ll need to get back to that level if they want to win even one more game, let alone three in a row to move on. These guards seem outmatched by Milwaukee’s, but don’t count them out just yet.

The Eastern Conference semifinals should be extremely exciting, as the conference is rather top-heavy anyway. Now that the fat has been trimmed, the real playoff basketball begins. Strap in, because this next week or two should have a lot of great entertainment. And don’t forget to keep an eye on those live lines!

NHL: Why the Vegas G